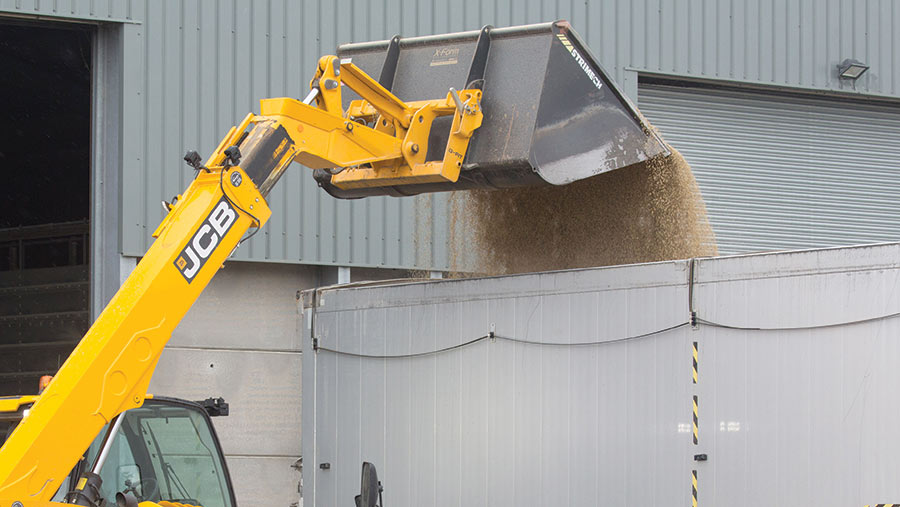 Farmers should consider marketing more grain than average before spring in the event of a no-deal Brexit, analysts have advised.

This will help them avoid getting embroiled in a heavily discounted selling frenzy at the end of the season, said David Eudall, head of arable market specialists at AHDB.

Despite UK grain traders shifting a huge amount of wheat and barley ahead of the 31 October Brexit deadline, a significant pause in trading of the UK’s still-large exportable surpluses could cause prices to fall sharply as harvest 2020 approaches, he said.

This is because some farmers will then be forced to sell in order to clear shed space.

Mr Eudall said there was likely to be short-term spikes in the wheat price over the winter months which farmers could sell into, based on weather problems in key grain-producing regions around the world, but it was difficult to see how the price of barley could rise.

Speaking at the AHDB Grain Market Outlook conference on Tuesday (15 October), he said a large crop, and the fact that UK barley is not suitable for some of the key global buyers such as Saudi Arabia – as its moisture content is too high – will keep a lid on the current low values.

With significant drilling delays this autumn, it is also highly likely that some farmers will feel forced to sow another large spring barley crop next year, which could further inflate the amount of crop available to trade next year.

Oxfordshire farm manager Julian Gold said he is pursuing a long-term strategy of improving soil health as part of the battle to maintain a profit margin.

Improving the soil organic matter at Hendred Farm Partnership has allowed the business to cut costs by reducing the size of tractors while maintaining hectares covered an hour, as the soil is easier to work.

An in-depth knowledge of his cost of production had allowed him to move away from attempting to trade at the top of the market and instead sell throughout the year whenever the price is above his costs.

He is also investing in improved grain storage to allow crops to be held for longer on farm and reduce the need to sell at harvest, when prices are frequently depressed.