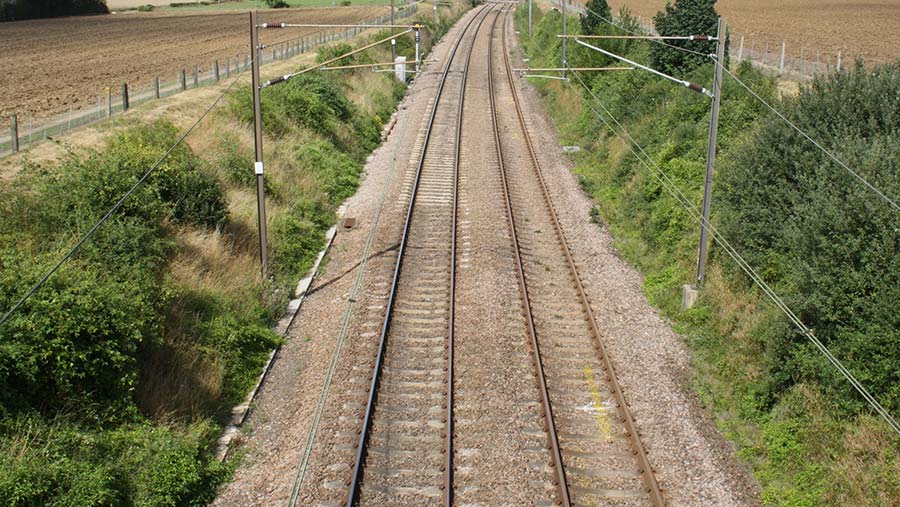 Hundreds of landowners and farmers affected by a section of the East West Rail project between Bicester and Oxford have just seven days left to object to the route and proposed works associated with it.

Some owners face compulsory purchase under the scheme, others will have land taken temporarily to accommodate works associated with the project, while others are being asked to grant rights of way across their land.

A further number will see their land and property values fall because of the project, with some also experiencing damage to their business income and profits, say advisors.

The East West Rail project is being built progressively between Cambridge and Oxford, mainly upgrading established lines but also including the reinstatement of some disused sections.

Phase 2 includes the reinstatement of a section between Bletchley and Claydon Junction.

“The land take is not huge because this is [largely] an existing line,” said Tim Broomhead of property consultant Knight Frank’s Bicester office. “Quite a lot will be for access and temporary uses but landowners can object to this and suggest alternatives.”

Some of the work involving land take is to replace level crossings with bridges, while other landowners are being asked for access over their land to facilitate work associated with the line.

Separate to any compulsory moves, deals have been done privately to acquire land to mitigate the environmental impact of the line upgrade.

Those whose land and property is not affected by compulsory purchase can also object by the 7 September deadline. However they will have to wait until the rail line has been up and running for a year until they can apply for compensation for what is known as ‘injurious affection’, covering loss of property value because of the line and its associated works.

If the Transport and Works Act Order (TWAO) is granted then major works could begin next year.

Comments on and objections to the TWAO application can be sent until 7 September 2018 to the Department for Transport at transportandworksact@dft.gov.uk

The Secretary of State may then decide to hold a public inquiry, a hearing or an exchange of written representations between relevant parties. These processes would be led by an independent inspector who will make recommendations to the Secretary of State, who then makes a decision on whether phase 2 can begin.

What is East West Rail?

The Western Section (phase 1), which operates services between Oxford and Bicester, was completed in December 2016.

The Western Section (phase 2) proposes to extend services from Oxford to Bedford and Milton Keynes to Aylesbury.

Network Rail has applied to the Secretary of State for Transport for a TWAO to construct the second phase of the project between Bicester and Bedford.

Documents related to the TWAO are available at www.networkrail.co.uk/east-west-rail, while paper copies can be viewed at several locations in the affected area, including Bicester, Winslow, Milton Keynes and Bedford libraries, Aylesbury Study Centre and Winslow library

The Central Section (phase 3) will see the full reconnection from Cambridge to Oxford, and the proposal is currently in development.