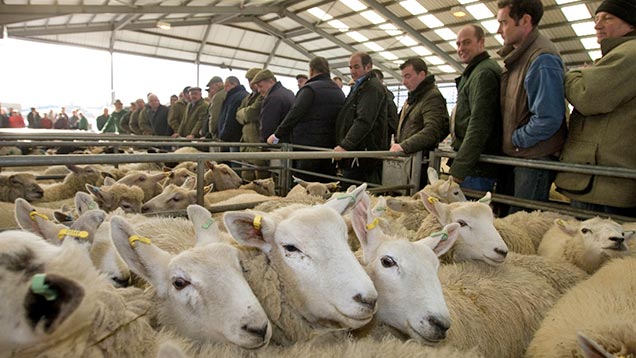 More sheep were sold through livestock markets in 2014 for the fourth year running.

The number of store and breeding sheep traded through English and Welsh marts rose 6% to 2.53m.

But the growth lagged behind the surge in total slaughterings, suggesting the proportion sold direct to abattoirs increased slightly.

“[The sheep] will have been sold by auctioneers who have the best interests of their farmers foremost in their minds,” he said.

“And they will have been purchased by people who could stand round the ring able to choose exactly what they want to buy.”

On the beef side, overall cattle numbers sold through marts fell, but calf throughputs were up 4.5%.

Mr Dodds said the improvement in calf sales hinted at a “return of confidence” in the beef sector.