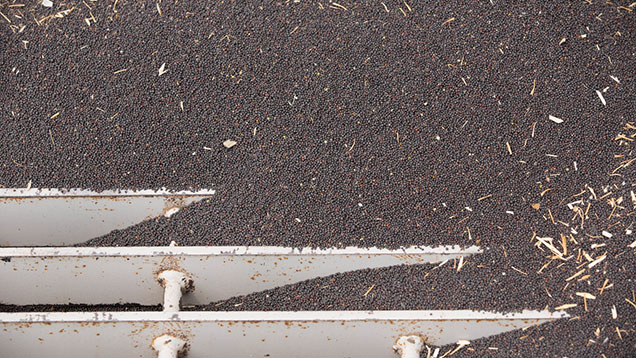 United Oilseeds has reported an 18% drop in pre-tax profits, with lower oilseed rape prices and the smaller 2013 crop combining to cut turnover by £78m.

Announcing the results, the farmer-owned co-op’s managing director Chris Baldwin said turnover in the year to 30 June 2014 fell to £163m, while profits dropped to £1.47m.

“However, the return on sales increased from 0.74% to 0.9%, so we are making more money out of what we do, despite the reduced turnover,” he said.

The co-operative’s net worth grew by 16.2% on the year, to £7.86m, with the purchase of new offices and Hubbards Seeds last November.

Although Mr Baldwin admitted trading conditions were likely to remain tough over the coming year or two, he remained confident United Oilseeds was in a strong position for the future.

“We run our business tightly and control our costs well,” he said. “We remain firmly committed to the co-operative ethos and increasing our net worth helps to ensure we can maintain our independence. We believe this is particularly important at a time when there is some restructuring of co-ops in the agricultural sector which will serve only to limit genuine independence and farmers’ commercial choice.”