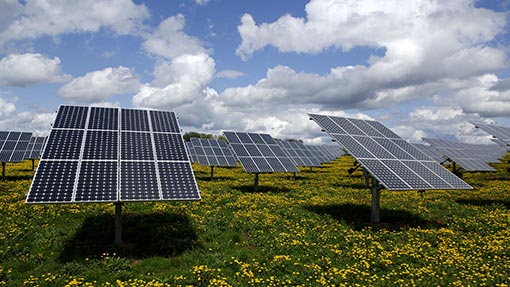 The Feed-in Tariff (FiT) for new standalone solar arrays will be cut by 28% from 1 July after deployment in the first quarter of 2015 exceeded DECC’s threshold for the maximum degression.

Standalone solar installations are those where all the power generated is exported, ie none is used on-site.

Almost 100MW of new standalone solar capacity was installed between January and March, and the cut means the existing FiTs payment will fall from 6.16p/kWh to 4.43p/kWh from 1 July 2015.

Solar Trade Association chief executive Paul Barwell said it could be the start of an “era of tariff hyperdegression”.

“The problem is that there will now be a big rush to meet the 1 July deadline to get the 6.16p tariff [for standalone so far], which is certain to in turn create another 28% cut in Q4.

Mr Barwell said there was a structural problem with FiTs and a “complete lack of capacity in the rooftop and ground-mounted bands to allow for meaningful growth”.

The STA was due to soon publish a detailed report (Solar Independence Plan), setting out how the government could address that problem, he said.