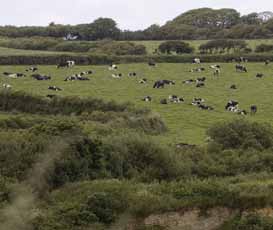 Farmland prices hit a record high at the end of last year as commercial farmers chased limited supplies coming on to the market, a survey has revealed.

The East Midlands and North West recorded the biggest increases with prices up 17% and 12% respectively, while the cheapest land was in Scotland where average prices fell 8% to £9100/ha (£3683/acre).

RICS spokesperson Sue Steer said prices had been pushed up by strong demand from commercial farmers looking to expand production to capitalise on higher commodity prices.

“This, combined with lack of supply of good quality land can only lead to even higher prices over the next 12 months. In comparison, the residential farmland market remains relatively subdued, reflecting the broader national housing picture.”

RICS said the availability of both commercial and residential farmland had been falling for two-and-a-half years.