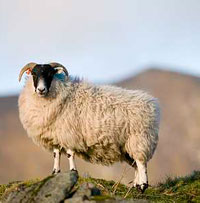 Improved prices have caused a significant turnaround in confidence among Scottish sheep producers, according to a survey.

Just over 30% of 327 respondents to the Quality Meat Scotland postal survey were more confident about the future of their sheep enterprise than the previous year, while just 11% were less confident. This was a big improvement from the 2007 QMS survey, which found just 5% of producers were more confident and 25% planned to reduce flock size.

“Improved prices have really given people a lift, so it’s no surprise to see that almost one-third were more confident than the previous year,” said QMS head of economics Stuart Ashworth. “Given the improved prices since the survey went out at the end of last year, I think there would be a bit more confidence if we did the survey again now.”

But producers were concerned about several issues, notably uncertainty over the future of the Single Farm Payment and Less Favoured Area support, as well as concern over the availability of skilled labour.

This latter issue was a particular concern for those running larger flocks over 300 ewes, he said.

Looking ahead, Mr Ashworth said there was every reason for the optimism to continue for the foreseeable future. “I am a little nervous there will be a bit of a correction in prices as we get into the new season, but overall I think the strong prices will continue for the coming lamb crop.”

Indeed, 22% of respondents indicated a desire to increase their ewe flock this year, while 11% expected to reduce numbers. Sheep handling and computerised animal records were identified as being the main areas for investment.