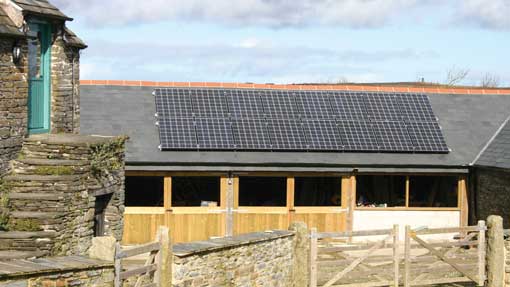 Whether it is a tenant or a landlord wanting to install a project, renewable energy raises many issues. Suzie Horne gets some advice

The first question to ask is “what does the tenancy agreement say?” Most traditional tenancies restrict use of the holding to agricultural uses, so on the face of it, a renewable project could be in breach of this term, says TFA advisor Katy Fox.

Landlord’s consent would then be needed to install a project and while this is often obtained, it depends on the nature of the scheme and the landlord’s attitude to that technology and/or to the returns it offers.

“However, where it is a small- scale solar rooftop project – for example a 50kW installation – and the tenanted business will use all or the vast majority of the power generated, then it could be argued that this is simply replacing power that would be bought in from elsewhere,” says Mrs Fox.

“But where the energy is surplus to requirements and most of it is sold to the grid, then there is an argument that this is non-agricultural use and while the landlord might consent, that consent often comes at a price and the landlord may be in the driving seat as to what that price is.”

Extra rent or a share of the FiTs income are the most likely demands. “We would argue that if it is the tenant’s installation then his investment risk needs to be taken into account, for example delaying any landlord’s share of the benefit until after the project costs have been paid back.”

As well as the restriction to agricultural uses, the tenancy agreement could also include restrictions on altering buildings. “However, where the installation is proposed on a tenant’s building put up on a tenant’s fixture or improvement then we would argue that the tenant has a stronger case,” says Mrs Fox.

All agreements and consents should be in writing and kept with the tenancy agreement, she advises.

As well as tenants wanting to take advantage of renewable energy options, landlords might want to work jointly with tenants or indeed take back some land from a tenancy on which to install the landlord’s own scheme.

Where this is the case and planning permission for an alternative (that is, non-agricultural) use has been achieved by a landlord, the tenant is entitled to statutory compensation equating to six years’ rent.

However, there is an argument for example with field-scale solar installations that the agricultural use of the land is not extinguished, as grazing can still take place, so a tenant would have a stronger negotiating position on compensation here, suggests Mrs Fox.

While most of the renewable energy enquiries by TFA members are from those with traditional Agricultural Holdings Act tenancies, the considerations under Farm Business Tenancies (FBT) are largely similar apart from length of term, although it is generally easier for landlords to take back land under FBT terms, points out Mrs Fox.

Where a split of the benefit from a project is agreed, tenants should calculate very carefully the net benefit to make sure they are not losing out – project costs and annual maintenance have a habit of turning out to be larger than the initial estimates. In addition, technologies do not always perform to expectations, she warns.

Another issue will arise if a third party is to be involved, for example where the tenant enters a joint venture power project with a developer – most tenancy agreements prevent sub-letting and assignation of rights in this way, so again, landlord’s consent will be needed.

There are no guidelines or set terms for agreements between landlord and tenant on these issues. “It is a case of negotiation and making sure that what is agreed is properly understood and documented, also that all eventualities have been covered so that the tenant is not tripped up further down the road when money has already been spent.”

 Tenancy terms are the first port of call

 Watch for restrictions on uses and alterations

A small-scale rooftop solar installation should fall within ‘agricultural use’ and lie within the terms of any tenancy.