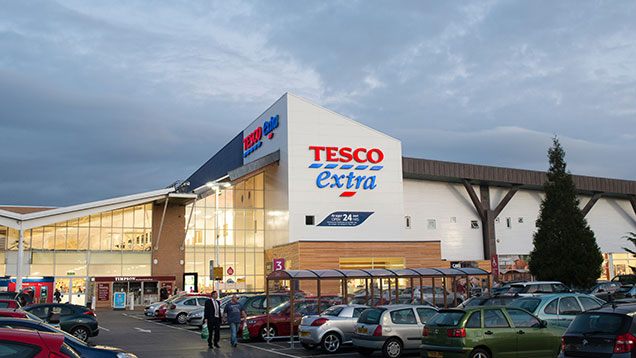 Further accounting errors at Tesco have come to light with the publication of the retailer’s accounts.

Last week’s headlines were dominated by a £6.4bn loss that the retailer announced in its preliminary results for 2014-15.

But a closer look at the accounts by accountancy firm Moore Stephens identified that Tesco had revised the overstatement figure from an earlier £263m.

Tesco has since confirmed to Farmers Weekly that this figure is now £326m and is mostly attributed to the Irish business.

The overstatement first came to light in September when Tesco announced that a whistleblower had come forward.

An internal investigation followed and the supermarket was found to be recognising income in the form of “contributions” from suppliers (for items such as shelf positioning and marketing) earlier than it should have.

At the same time, it was delaying recognising the cost of performing these services.

This resulted in the cumulative overstatement of its reported profits.

An investigation by the Serious Fraud Office and a probe by the Groceries Code Adjudicator (GCA) were subsequently launched.

Duncan Swift, head of the food advisory group at Moore Stephens said that the latest update on the total overstatement was not disclosed in full in Tesco’s 2014-15 preliminary results and “smacked of it burying bad news among the headlines of total overall losses”.

However, Mr Swift said that to its credit Tesco had initially dealt with the whistleblower and the early estimates of the misstatement properly by bringing the issues into the open.

Tesco’s buying culture, which had lead to suppliers being squeezed in the hunt for more “commercial income”, appeared to have been allowed to go rampant in the last few months of ex-chief executive Philip Clarke’s tenure, said Mr Swift.

But since then, there had been a softening in buyer attitudes to suppliers, mostly due to the arrival of new boss Dave Lewis and the “sobering effect” of the overstatement, said Mr Swift.

Mr Lewis has promised to simplify the way Tesco deals with suppliers by reducing the number of ways it extracts commercial income from them. In return, he has asked suppliers to give Tesco their best possible price.

This required a big leap of faith for suppliers, said Mr Swift, as they were effectively being asked to not create a buffer margin that would normally have been used to cope with the supplier income demands of the supermarket’s buyers.

The office of the GCA said its remit could only cover relations between suppliers and retailers where the retailer was selling in the UK.

This means any buying practices associated with Tesco Ireland would not be covered by the GCA’s investigation.