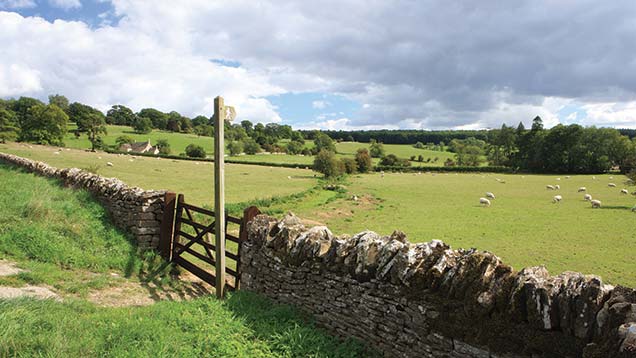 The Tenant Farmers Association (TFA) has hit back at suggestions from a pressure group that council farms should be sold off.

The TaxPayers’ Alliance (TPA), which campaigns for a smaller state and lower taxes, criticised councils on Tuesday (2 June) for “hoarding assets” while “pleading poverty”.

Instead, local authorities should sell off their assets to help balance the books and focus on essential public services, said the TPA.

But the TFA has accused the group of an “overly simplistic approach with errors both of fact and analysis.”

TFA chief executive George Dunn said: “The TaxPayers’ Alliance proposes an approach that would lead to the worst of all worlds – disposal of the assets. If the alliance wants to ensure that council tax payers get the worst value, then they should carry on.

The three local authorities that own most farms are Gloucestershire (130 farms), Devon (115 farms) and Cornwall (108 farms).

Two further local authorities each own more than 100 farms. They are Lincolnshire (105 farms) and central Bedfordshire (103 farms).

“Getting a bundle of cash from a capital disposal might seem like a good idea, but what about councils’ long-term commitments for nursing care, education, children’s services and other frontline activities?

“Rather than attacking local authorities for owning these assets, it should be lobbying them to maximise returns from these assets for the benefit of all communities of interest.”

Mr Dunn added that council-owned farms provided vital opportunities for people to be able to farm in their own right.

Since then the TPA’s chief executive Jonathan Isaby has said the pressure group was “not lobbying for the wholesale sell-off of every council-owned farm in the country”, but with budgetary pressures, authorities should consider whether some assets “would be better off under private ownership”.

However, council leaders have dismissed comments from the TPA, saying authorities are banned from using money from the sell-off of assets for funding day-to-day public services.

“Assets fund regeneration, housing and jobs for communities, improve the quality of life of residents and help keep down council tax,” said a spokesman for the Local Government Association (LGA).

Research by the TPA found local authorities own 2,586 farms, with the most council-owned farms in south-west England.