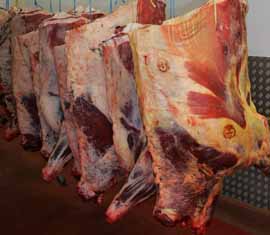 The growth was driven by higher pork and sheep meat prices, as well as an increase in the amount of pork and beef exported.

Sheep meat exports totalled £320m in 2010, just ahead of the previous year. A 9% increase in value more than offset a 7% fall in the volume of shipments.

“This reflects continued domestic tight supplies of lamb and mutton. The higher prices reflect the global situation of lower supplies in the major producing countries.”

Overall, the UK remained a net importer of red meat, with the trade balance for pork and bacon being most pronounced. Last year the UK imported 230,000t more pork than it exported, while for bacon the deficit was 290,000t.

The trade deficit for beef was slightly improved on previous years at 130,000t, while sheep meat was the closest to self-sufficiency, with a deficit of just 11,000t.

“The volume of exports have fallen less than imports due to tight global supplies, particularly from New Zealand. Combined with subdued domestic consumption, demand from the continent has led to a higher proportion of domestic production being diverted to the export market,” AHDB said.

EBLEX has produced a new guide to help UK meat exporters. It gives an overview of the beef and lamb cuts available, plus details on carcass classification. Available in a range of languages, the guide is free to members of the EBLEX Quality Standard scheme. Call 024 7647 8619, or email export-info@eblex.org.uk