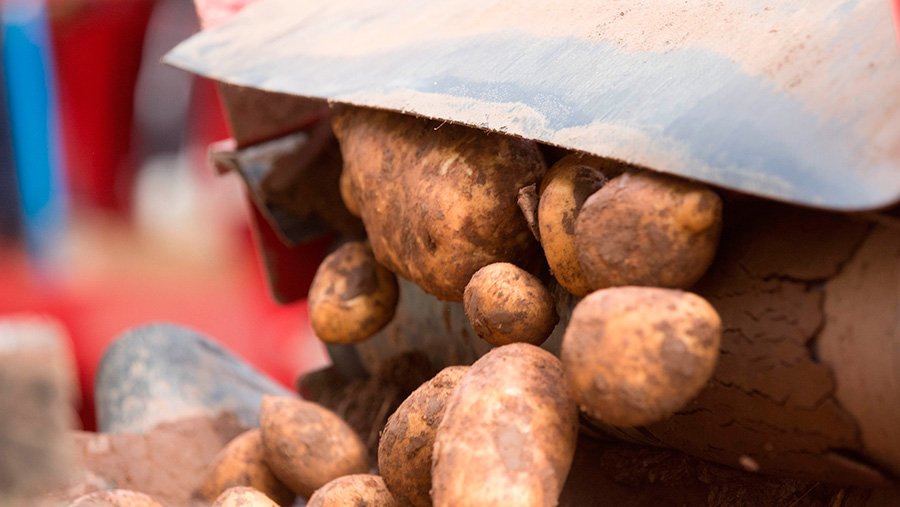 Potato prices have risen sharply in the past few weeks, reaching their highest levels since the end of the 2012-13 season.

Tight supplies in the UK and the rest of the EU have pushed up prices, as has the effect of farmers hanging on to their crops earlier in the year.

This is in stark contrast to most other farm commodities, where ample supplies have seen prices nose dive since last year.

Some growers were still retaining potatoes in store, said Amber Cottingham, analyst at the levy board, although this was now less of a factor as most farmers were now happy to sell at current prices.

In addition, the warm winter had made ambient storage difficult, leading many growers to clear out their stores earlier, said Ms Cottingham, although it was difficult to know if the weather had hit quality and therefore affected supply overall.

GB plantings (excluding seed and starch) last year were down 11% on the five-year average and 8% down on the year to 96,251ha, according to AHDB Potatoes, although this was in-part offset by improved yields.

Overall, GB production (excluding seed and starch) was still 5.5% lower in 2015 compared with the year before and across major European producers (Great Britain, Belgium, Germany, France, The Netherlands) production was more than 11% down on last season, totalling 25.3m tonnes.

This meant buyers who would normally turn to the continent when GB prices were high – to France for table spuds and Belgium and the Netherlands for processing potatoes – were being met by high prices there too, said Ms Cottingham.

Another important factor was the lateness of this year’s plantings, she said, which an AHDB survey estimated was two weeks behind last season.

This meant stocks of the 2015 harvest may have to last longer and this year’s yields could also be affected, weather depending.