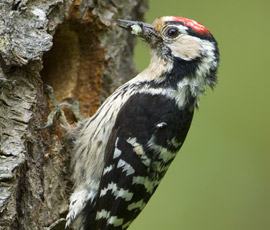 DEFRA’s budget has been cut by almost 10% as the government continues its drive to slash spending.

The £37m drop will be introduced this year, reducing the annual budget for 2013 to about £1.9bn. The cut was an additional measure as chancellor George Osborne sought to save £11.5bn to reduce the UK’s budget deficit. It means in total DEFRA’s purse has shrunk from £2.2bn in 2011-12.

In his speech on Wednesday, 26 June Mr Osborne said funding for flood defences would remain a priority.

He suggested the main cuts would be in environmental protection and that prompted an angry warning from conservationists at the RSPB.

The charity’s conservation director, Martin Harper, said if the government would no longer pay for environmental protection it needed to think hard about how it would reverse wildlife declines.

“These latest cuts signal the urgent need for a sea change in the way we protect our wildlife,” Mr Harper said.

“The environment must be central to thinking across government departments. Charities, businesses and landowners can do more but the government must lead by example.

“The environment is not a luxury in times of plenty, it is essential for our future and we have an obligation to care for it for future generations,” he added.

RSPB’s view on a “disastrous” CAP deal for wildlife