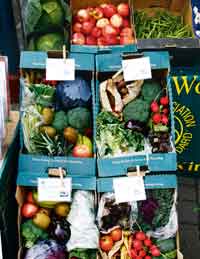 A record £10bn of food and drink was exported from the UK last year, latest government figures have revealed.

Ireland remained the main importer of UK produce, followed by France, the Netherlands, Germany and Spain.

But the firgures, revealed by farm minister Jim Paice at the International Food Expo in London on Monday (14 March), showed growth in new markets, including South Africa and Israel (see box)

China saw its imports of UK produce increase by almost a third, with the volume of dairy imports seeing a leap of more than 1600%.

Mr Paice said the results showed that the world realised the quality of British food. “People now recognise that Britain produces some of the best food you can get anywhere.

“The export sector is incredibly important to our producers, so the fact that we now export more than £10bn worth of food and drink shows that discerning consumers across the globe value what we produce and that this vital sector is playing its part in Britain’s recovery.”

Melanie Leech, Food and Drink Federation director general, said: “These figures show that our products are sought across the globe for their quality and great taste.

“The food and drink industry must be at the heart of the UK’s strategy for economic growth.”

% increase of imports by sector