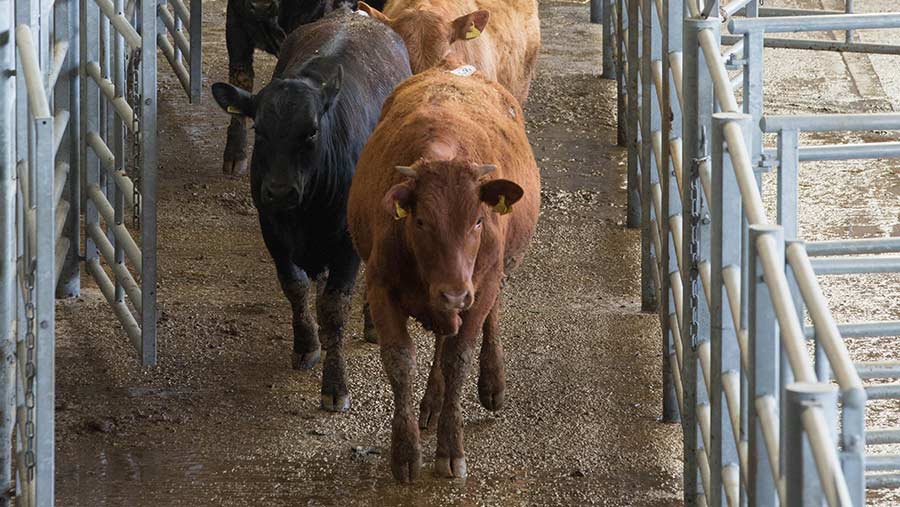 Farmers need to ask searching questions and be clear about the terms on which they are trading, warn lawyers.

The advice follows the administration of Cheshire auctioneer Wright Marshall, which has left farmers as unsecured creditors facing the loss of about 95% of what they are owed by the firm.

Many farmers caught by the Wright Marshall collapse have been surprised that their cash from livestock auctions was not ring-fenced in a separate client money account to protect it.

“Everyone I have spoken to who is affected by the administration did not understand how the auction worked in respect of the proceeds of sale,” says Joel Woolf, a partner in law firm Wright Hassall, based at Leamington Spa.

“Quite reasonably, they assumed that the auctioneer, acting as agent, sold their animals and then handed over the sale monies less any agreed commission.

“When the administration started, many were not worried, assuming that their money would be ring-fenced in a separate account.

“As it turned out, their money was not there and they are all now just in the general pool of creditors.”

This is because they did not understand that although the auctioneer acted as agent in the sale of an animal, it collected the auction price as principal, says Mr Woolf.

Farmers Weekly asked the Royal Institution of Chartered Surveyors about its guidance for livestock auctioneers and whether the majority of auctioneers act as agent (in other words, required to protect vendors’ sale proceeds in a client account) or as principal (no requirement to protect client funds).

On this point it did not respond, but sent the following statement: “We monitor those of our members who are acting as agents and ensure that clients’ money rules are adhered to.

The Livestock Auctioneers’ Association for England and Wales was asked the same question but it did not respond.

“The flow of title in the animal is straight from seller to buyer. However the cash goes from the buyer to the auctioneer and then to the seller (minus commission).

“There is a significant question to answer as to whether it is possible to take money as principal where a sale has been conducted as agent,” he said.

Where an auctioneer receives the payment as an agent, Rics rules require the auctioneer to run a segregated account called a client or auction sales account to hold that money.

The auctioneer must also make it clear to the vendor in the terms of business that this is how that money will be safeguarded from the auctioneer’s creditors, should the auctioneer become insolvent.

In this situation, the vendor is insulated from any default by the purchaser.

In situations where the auctioneer is principal in receipt of the purchase price, the auctioneer need not hold it in a client money account, says the guidance.

Rics rules of conduct when acting as principal state that the auctioneer must make it clear in his terms of business with the vendor that the nature of the contract is not that of agent, but of principal in the financial transaction and that sale proceeds will not be paid into a client bank account.

They must also make it clear that consequently, the Rics Client Money Protection Scheme (CMPS) will not apply to protect the vendor against the auctioneer in the event of insolvency.

Rics rules also state that auctioneers’ terms of business and conditions of sale must be transparent and fair.

Sellers should ask probing questions about payment terms, whether the auctioneer receives the money as principal and not agent and what guarantees are in place in case the auctioneer cannot pay.

Understand properly what the auctioneers contract means and thus what the risks are – if in doubt, take separate advice