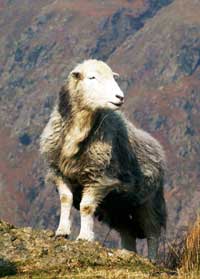 Tenant farmers have described the Uplands Entry Level Scheme as disappointing and warned that some producers could miss out on vital support.

The scheme, launched on Tuesday 9 February, will replace the existing Hill Farm Allowance. But the Tenant Farmers Association said hill farmers on short-term land occupancy agreements and those whose landlords already participated in the lowland Entry Level Scheme could be ineligible for upland support.

While HFA has been payable to claimants with land available to them for grazing on an annual basis, UELS will only be available to tenant farmers who have “management control” of the same land for a period of at least five years, a spokesman for the association explained.

This will have implications for individuals on short-term agreements or where it is envisaged that existing tenancy agreements will be ended within the next five years.

And where landowners claim ELS or Uplands ELS payments themselves, the tenant will be ineligible to participate in the scheme.

“In view of the new eligibility criteria some HFA claimants who farm other people’s land will find themselves ineligible to enter Uplands ELS,” said TFA chief executive George Dunn.

Mr Dunn said it was disappointing that the government and its advisers, Natural England, had not resolved the problems when it was warned about them 12 months ago.

He urged farmers to discuss the new scheme with landlords as a matter of urgency and highlighted a detailed guidance note produced by the Tenancy Reform Industry Group.

Farmers falling into one of the following categories could be affected:

• Agricultural tenancies with less than five years to run
• Tenancies involving public bodies as landlords
• Tenancies where the landlord is already an ELS or other scheme agreement holder on the let land
• Grazing licences where the ELS applicant is the licensor (owner or tenant)
• Grazing licences involving public bodies as landlords.