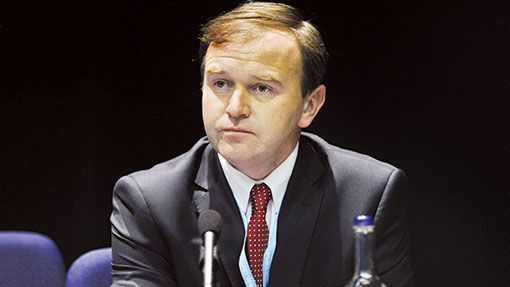 Successive governments have failed to deliver on their promises to cut red tape. But with the launch this week of another review on DEFRA regulation, farm minister George Eustice tells Philip Case this time we will see real change.

What commitments is DEFRA making under the Red Tape Challenge?

The Red Tape Challenge is a cross-government review of regulation. We have trawled 516 regulations affecting farming in DEFRA and we have deleted about one-third of these altogether. They are either obsolete or not needed.

In 25% of cases we are looking to substantially simplify them to ease the burden on farming and on business. We want to eliminate 100,000 pages of complicated guidance – about 80% – to try to get some clarity and simplicity around these regulations, which we need to keep for animal health or environmental reasons, but can probably make work in a much simpler way.

How long will these changes take to implement?

I’m really keen to get on with these things. However, the important reforms that Richard Macdonald outlined [in the red tape review] on cattle movements and holdings, particularly for sheep – moving to the 10-mile holdings so you can have linked holdings between a main holding and grazed holdings – will take a bit longer. We can’t bring that in until 2016 because it requires the introduction of the Rural Payments Agency’s new IT system first.

Although we have already implemented some elements of “earned recognition”, farmers are never going to like it when an inspector turns up. Even though they may be having fewer inspections, they are still going to notice the ones they do get.

Will farmers who comply with regulation be treated differently?

Out of the 31 inspection regimes that came out of the red tape review, we have already reduced 14. Therefore, farmers who are part of voluntary schemes such as the Environment Agency’s Pig and Poultry Assurance Scheme, for instance, have fewer regulations. We’re looking to revisit this and identify other areas where we could expand earned recognition.

Also, we have started to implement earned recognition for those farmers who may not necessarily be part of an assurance scheme, but nevertheless are abiding by the rules.

Will there be more onus on farmers to complete their regulation online?

We want to move to a new system that is “digital by default”. The new CAP and the new system that the RPA is developing will be heavily based on farmers submitting their applications online. Farmers will be able to change the boundaries and import new features on their farms from an iPad rather than having to manually draw them on with a crayon on a map and then send them in. The move to digital is the answer to taking away some of the paperwork from farmers.

Sheep farmers bemoan increased tagging costs once the new sheep EID system is introduced in England next year. Do you share their concerns?

My plea to farmers is not to think it’s going to cost them an extra 30p/tag now, but to look at the long-term benefits of having an electronic movements system. Scotland and Northern Ireland introduced electronic tags in 2009 and they’ve never looked back.

At some point, we had to make the decision to have a single system that’s electronic, fit for purpose and the future. The digital system and electronic tagging allows us to do more creative things around sheep movements. Once we can trace individual sheep it starts to become possible to contemplate things like the six-day standstill, which is also unpopular with farmers.

Are we going to see more red tape introduced under the implementation of the new CAP?

We’ve got the greening measures in Pillar 1. We argued against that in the negotiations because we didn’t want to complicate things. This undoubtedly introduces another layer of complication. We have been very keen to stress that we want to keep them as simple as possible. We’re going to keep as many options as possible on the table for farmers to take up to satisfy those greening requirements.