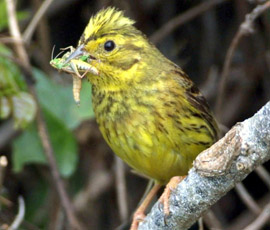 The RSPB has called on the government to transfer the maximum amount of money from direct farm support into agri-environment schemes.

CAP reform means the UK can transfer up to 15% of money from the direct payments part of the CAP budget into schemes that benefit the environment and boost the rural economy.

Mr Harper said government should transfer the maximum amount possible so DEFRA was able to “meet its obligation to recover threatened wildlife”.

The RSPB uses Hope Farm to demonstrate how commercial farms can undertake environmental measures alongside food production, without impeding profitability.

The farm is also used to experiment with new techniques for boosting wildlife numbers.

Read more on CAP reform on our dedicated page