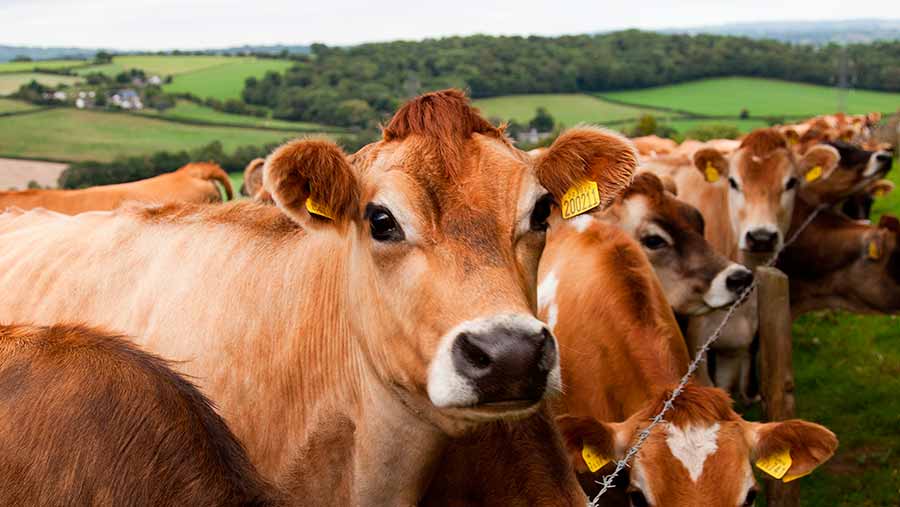 Milk production in Wales could increase by 9% within five years, with nearly half of all dairy farmers taking part in a new survey aiming to increase cow numbers.

An AHDB report published on Tuesday 5 March suggests that 49% of Welsh dairy businesses plan to raise production over the next five years, with most of this coming from existing herds of more than 200 cows.

The report has been compiled from data collected from 75% of all dairy farms during a Welsh government-funded benchmarking initiative.

But as well as expanding, the data shows that the gap between the best and worst-performing businesses has shrunk.

In 2015/16, the difference in output between the top and bottom quartiles was 4.3p/litre, but a year later this had halved, to 2.1p/litre. Based on an average milk production of around 1 million litres, this represents a gap of £22,000.

Overall, the profitability gap between average performers in the top and bottom quarters was 20p/litre in 2015/16, but fell to less than 17p/litre in 2016/17.

For some farmers, the cost of production is unsustainable because it is higher than the milk price has ever been, the report shows.

The 2015/16 figures show that the cost of production, including replacement costs, for the poorest performers was nearly 38p/litre.

“The sale price of non-organic milk has never reached that level and may not for many years,” the report points out.

“Even when the unpaid labour is removed from this, the cost of production is still alarming at 31p/litre.”

Some farms fed more concentrates to increase milk yield, but the report showed that this was not a cost-effective approach; the additional feed needed to produce an extra litre of milk increased the marginal cost from 6p/litre in low-yielding herds to nearly 20p/litre for a cow producing 10,000 litres.

Rural affairs secretary Lesley Griffiths said the report shows that profitable dairy farming is possible, but she expressed concern about the high cost of production on some farms.

“That is why I am in the process of tailoring the support we offer these farms to help them re-evaluate the structure of their business and use their benchmarking report to see where improvements can be made.”

NFU Cymru milk board chairman Gareth Richards said the report showed the vulnerability and volatility of the sector, “but also highlights opportunities available to individual producers and to the sector as a whole in Wales”.

“I would encourage all 1,700 milk producers in Wales to make use of services that AHDB Dairy and Farming Connect can offer both on an individual farm level and in participative group activity.”