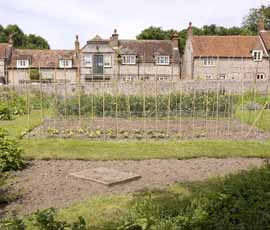 Rural development funding for farmers has been put on hold across most of the West Country following budget cuts by DEFRA.

Although extra funding is still available in Cornwall and the Isles of Scilly through the EU’s Convergence programme, other counties in the region face severe restrictions, according the to the South West Regional Development Agency.

It has received just over £31m for its 2011/12 Rural Development Programme budget – £11.5m of which is ring-fenced for Cornwall and the Isles of Scilly.

While existing projects with funding agreements would be honoured, new projects outside Cornwall and the Isles of Scilly could struggle to obtain funding, said a spokesman for the RDA.

New applications within axes three and four of the programme – rural diversification and community development projects – would be temporarily suspended, given high levels of existing financial commitments.

“Demand for RDPE funding has been and remains high,” said Andrew Slade from the agency.

“The amount of money available to support new proposals has come under increased pressure as part of the need to reduce public spending. We will need to target remaining funds on key programme priorities, with an even greater focus on projects that will deliver the highest added value for available funding.

“Competition for grants will inevitably become more intense. We will try to keep as much of the programme as possible open to new applications, but headroom for new projects outside Cornwall and the Isles of Scilly is now very limited. We advise anyone considering submitting an application outside those areas to discuss their plans with us before they undertake any further work.”

Responsibility for delivery of the programme would move within DEFRA from 1 July this year, following the government’s decision to abolish the RDAs.