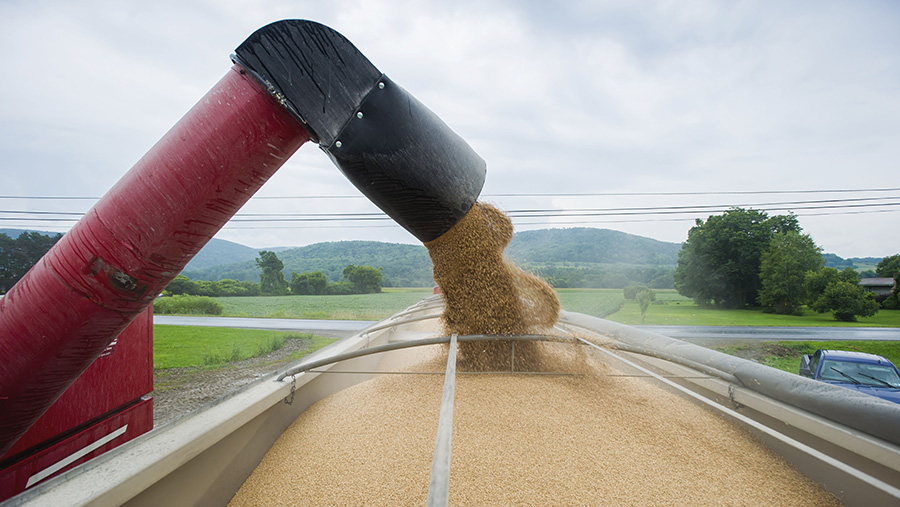 Grain prices took a knock this week because of changes to world harvest forecasts, a stronger pound midweek on talk of a more hopeful outlook for Brexit negotiations and the Vivergo closure also still hanging over the market.

Traders say that unless there is other news to move prices, the outlook is stagnant-to-negative in the short term, with domestic consumers of grain holding back from further purchases.

See also: Changing land use – what farmers need to know

The US Department of Agriculture’s (USDA) world agricultural supply and demand report on 12 September was the main downward influence on prices this week.

“With a negative set of USDA numbers for wheat and corn and a shift in UK supply and demand now that Vivergo is set to close at the end of the month, it is difficult to support a bullish sentiment in wheat markets without some fresh news,” said Frontier Agriculture in its weekly report.

“Russian export intentions will remain a key watch point but, without any fresh news on this, negative sentiment has the upper hand in wheat markets.

“It could be time for farms to place stocks that need to move this side of Christmas, to ensure movement and protect against any further losses. Prices are still a long way up from the lows, despite recent drops.”

Gleadell managing director David Sheppard said: “With trade tensions continuing, it seems that a bullish surprise would be needed to lift values in the short to medium term.”