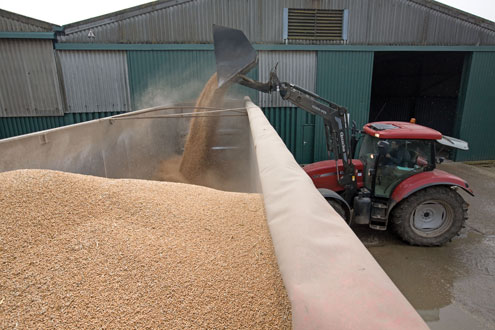 Questions over the prospects for new crop grain around the world are making for nervous markets.

Crop markets have now entered their most sensitive period of the year, said Jack Watts, senior analyst with HGCA.

The slow progress of northern hemisphere crops is causing concern, in particular slow US maize planting progress because of wet weather.

“However, the grain market is at odds to what this means,” said Mr Watts. “Early planting progress in theory means that the crop has the opportunity to pass through key development stages, before the main threat of extreme summer heat arrives. However, 2012 proved that early planting progress does not guarantee a safe crop.”

Grain is being sown in very dry conditions in the Black Sea area with sunflower, corn and soya bean crops challenged but barley emerging normally, according to analyst Agritel.

New crop oilseed rape prices have risen on concerns about European crops, drought in Australia and a forecast 19% drop in oilseed area in Canada. However, wet weather in the US is likely to lead to reduce the corn area in some areas in favour of soya beans.

More market movement might be seen on 10 May when the US Department of Agriculture releases its first full estimate of global supply and demand for the 2013-14 season.

British wheat finds a soft spot in the export market