This year’s Dairy Farmer of the Year finalists include two milking goat farms and a Holstein-Friesian setup. All three on the shortlist have not just coped in times of change and adversity but have excelled. 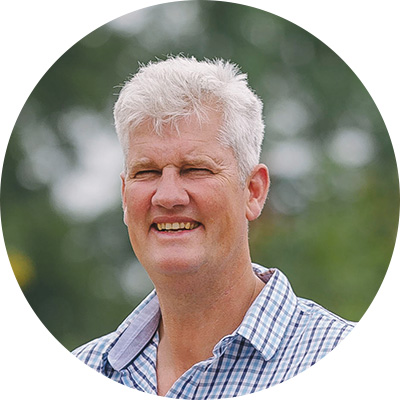 Forde Grange Farm, Thorncombe, Chard, Somerset
Will Frost produces almost 10% of the UK’s total goat milk output, but it is not scale alone that is driving his business forward.

By improving feeding and breeding management and investing in genomics to identify the best milking genes in his 2,500-head herd, he has increased average annual yield per goat by 350 litres since he established the herd two decades ago.

“We have a constant process of taking out the bottom performers,” says Will, who has increased yield from 1,050 litres/goat to 1,200 in the past 12 months.

To achieve this there is a high culling rate – 35% – but these animals have a value because cull nannies and billy kids are supplied to high end restaurants and the wholesale meat market by Cabrito, a company Will is a shareholder in.

Getting started
Will has been farming goats for 20 years and has had a contract farming agreement with Forde Abbey Estates since 2008.

Herd size doubled in that year and an 80-point rotary parlour was installed, capable of milking 850 goats/hour.

The parlour has auto ID and the ability to monitor individual goat performance. “We need to know which goats to breed from for future improvement,” says Will.

The herd is milked three times a day. “You need scale of production to do it but it helps with labour management,” Will explains.

Breeding policy
Only the top 20% of females are used for breeding – a ratio of one billy to every 15 females achieves an 85% conception rate.The herd kids in four blocks, each over five weeks. Will’s wife Kate oversees the kidding regime.

“If you get everything right at that stage everything else follows,” he says.

A dedicated kid rearing shed was built two years ago and, as a result, weaning has reduced from eight weeks to six.

“We have reduced levels of crypto and that means we use a lot less antibiotics,” Will says. “Vaccines are our main vet cost. We have a tight health control plan and don’t need the vet on farm that often.”

By maintaining a healthy, closed herd Will has taken advantage of selling surplus breeding stock.

All the forage and crimped wheat in the TMR is homegrown. The only feed imported is protein and sugar beet nuts.

Shape of the business
Will employs all local staff who, once they have been with the business for more than a year, are paid an annual bonus based on turnover.

“We work very closely together and try to keep supply in balance with demand for their products,” says Will.

“It is critical that we achieve that top band, which we do,” says Will.

The goat milk industry is as vulnerable to the ebb and flow of demand, prices and contracts as any other sector but Will is confident it has a strong future.

“We will grow with demand in the UK for goat milk products and look to grow meat and breeding stock marketing opportunities, as well as exploiting processing opportunities in the long term.”

With attention to detail Will has created a highly profitable enterprise and has put the business on a sound footing for the future by investing retained profits in modernising facilities.

The judges liked…
• Strong focus on bringing the right animals into the herd
• Excellent relationship with milk buyer
• Clearly a good manager of staff
• High level of animal husbandry
• Exceptional attention to detail.

Farm facts
• 243ha farmed through a contract farming agreement
• 1,500 youngstock
• 300 tonnes of home-grown wheat crimped to include in TMR. 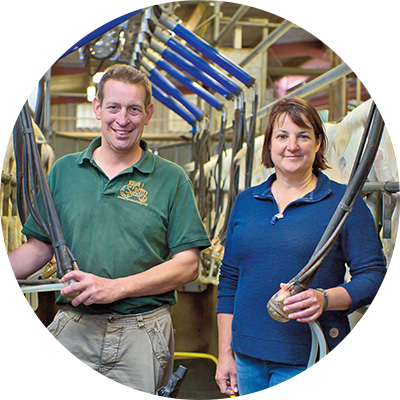 Pant Farm, Llanvetherine, Abergavenny
When a major fire forced Gary and Jess Yeomans’ milk buyer to restrict supply, it was a challenging time for their dairy goat enterprise. But by using that setback as an opportunity to cull their worst performing animals they raised average milk yield by 18%.

The fire coincided with a tightening in demand for goat milk due to oversupply – until then it had been a “numbers game”, says Jess.

“We had been quite pathetic about culling because we had a market for all the milk we could produce, but now, if a goat has poor fertility or her yield is low, she goes.”

That approach has resulted in average milk yield increasing from 1,019 litres/goat in 2017 to 1,203 litres/goat.

Getting started
In 2002 the couple established a 100-head goat herd on 120-acre Pant Farm, taking advantage of their close proximity to Abergavenny Fine Foods, a soft cheese manufacturer which now buys their milk.

“If we had continued with beef and sheep I would have needed to get a job and be a part-time farmer,” says Gary. “But goat milk production has allowed us to create a sustainable business on a farm of this scale.

“Economies of scale do exist in farming but if you are good at what you do you can make a good living on a small farm.”

As the market for their milk increased so did herd size; they now milk 600 British Saanens. Toggenbergs and Alpines.

The herd is milked in a 20:20 swingover rapid-exit parlour – milking takes two-and-a-half hours twice a day.

The couple employ a full-time member of staff, Dimitri Antypas, and relief milkers.

Improvements
When the herd was established, average milk yield was 800 litres but, by improving silage quality and the feed ration and using genomic testing and AI with proven French sires – and with their now more proactive approach to culling – output since 2002 has increased by 41%.

Maintaining kid health at the rearing stage can be a challenge but cases of pneumonia and scours have been reduced by adapting housing and improving hygiene.

As a result, antibiotic use has fallen 40%.

All goats are EID tagged and treatments, life events and milk recordings are all captured.

A robotic feed pusher, part paid for by a Farm Business Grant, has increased TMR intakes and reduced labour.

The TMR includes home grown cereals, maize, wholecrop and grass silage – only a protein blend and minerals are bought in.

Gary says the biggest assets of the business are the farm’s soils and its proximity to its milk buyer. “We can grow most things,” he says.

The future
Gary chairs the group of 11 goat milk producers that supply Abergavenny Fine Foods, supporting that business by attending food festivals and other “meet the farmer” events.

Production at Pant Farm is set to increase by 10% this year thanks to additional supply quota allocated by their buyer.

“We will expand and push the average yield up and that extra income will pay for a new kid rearing facility that has been on Jess’s wishlist for a while,” says Gary.

As an agriculture student, his ambition was to be a dairy farmer.

“If you told me then that I would be milking goats I would have laughed at you,” he admits.

“But you can’t expect to do what the last generation did. We chose to milk goats and it has been good for us.”

Gary and Jess have been willing to test new ideas and this has created good opportunities for securing the long-term viability of their business.

The judges liked…
• Excellent attention to detail at all stages of production
• A good understanding of their business and their market
• Have taken advantage of proximity to processor. 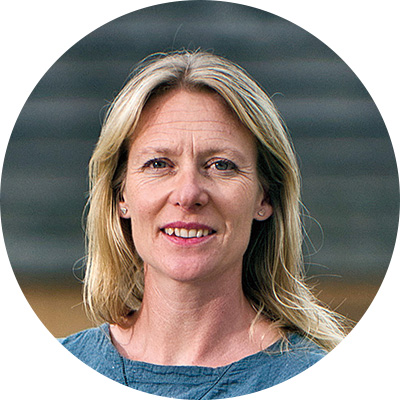 KB Berry and Sons, Brimstone Farm, Coleshill, Wiltshire
Becci Berry was faced with some stark choices when her husband, Richard, was diagnosed with terminal cancer at the age of 34 – to give up the family farm or step in and help his parents run it.

With a background in public relations and marketing, Becci had little practical farming knowledge and experience, but what she did have was a mindset that was not fearful of change.

She has spent the past seven years “busting myths”.

“I have questioned and analysed everything and made changes where they were needed,” she says.

Getting started
With TB and labour costs putting pressure on the beef enterprise, she made the decision to sell the cattle and streamline the business by contracting the arable enterprise out to a neighbour.

This allowed her to focus on the dairy herd and let her father-in-law retire.

“At the very beginning I said that standing still and maintaining a successful business is the hardest thing to do,” she says. “It is much easier to swing one way or another.

“While I have been getting to grips with it all I feel we have achieved that and are now in a much safer place to move forward faster than we would have been.”

However this came at the expense of herd health and reproduction, so a three-way cross was created by introducing Montbeliarde, Brown Swiss and Scandinavian Reds.

In 2014 the percentage of A2 cows in the herd was reviewed and since then only A2 sires have been selected.

“The whole herd is A2 so we are in a good position when there is an opportunity to sell into this market,” Becci says.

With attention to detail, Becci and her team at Brimstone Farm have achieved significant improvements in health and efficiency in the all-year-round calving herd.

The calving index now stands at 369 days compared with a one-time high of 440 days.

Selective dry cow therapy is used on 82% of the herd.

In the past five years, milk produced from forage has doubled, and Becci says: “We have achieved the holy grail of 4,000 litres from forage.”

The herd is grazed on a paddock system – turnout this year was in February and grass is measured weekly in the growing season and the information uploaded to Agrinet.

To lift silage quality and reduce reliance on purchased protein, a multi-cut system has been introduced in recent years and more red clover mixes have been included to lift soil fertility and improve protein levels.

Herd health
A robust approach is taken to disease management. The herd has been BVD-free since 2016 with quarterly milk testing and youngstock blood testing, and is also IBR free. The herd is tested quarterly for Johnes.

Calves are housed in well-ventilated traditional buildings in pens of five. Calf mortality is less than 1%.

“We have proved that you can achieve a lot even with antiquated systems like ours,” says Becci, who employs two full-time workers and one part-time.

With two inquisitive daughters, educating the next generation about farming is another of Becci’s passions.

“We regularly get local schools out on to the farm to learn about the food cycle and to see the crops growing.”

Becci’s progress from not farming to running a large-scale mixed enterprise in an ecologically responsible way is impressive, her approach to championing farming is off-the-scale.

The judges liked…
• A willingness to make bold changes
• Significant improvements to herd efficiency
• A robust approach to disease management.

“ArmaTrac is delighted to be sponsoring the Dairy Farmer of The Year Award. The achievements of the finalists have demonstrated a passion for innovation, an attention to detail and, at a time where the agricultural industry faces challenging times, an unwavering commitment to delivering a quality and sustainable service.”