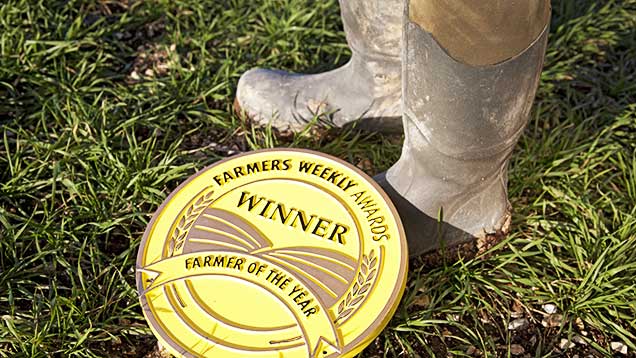 Do you know a farmer who goes over and above the call of duty to support and serve other farmers?

Someone who does their day job, but then goes the extra mile to back British farming or food? Who looks beyond their own business self-interests to promote the wider goals or interests of our industry?

Farmers Weekly is looking for one such person – a winner for the 2015 Farming Champion title, part of the annual Farmers Weekly Awards.

How to nominate a champion

It’s simple – just email tim.relf@rbi.co.uk with the name of the person you’d like to put forward, and a few words about why you think they should win.

This category is in addition to the 15 others in the awards. The gateposts are wide – anybody of any age or background could be a contender if they have promoted or defended agriculture, or helped other farmers or their families.

If you feel this is you, feel free to nominate yourself, but please do also nominate other people too, whether it is a neighbour, colleague, contact, friend or relative. It might even be someone you have never met, but just admire.

We don’t need reams of information – just a line or two about why you think they should be the 2015 Farmers Weekly/NFU Farming Champion of the Year.

Lincolnshire grower Andrew Ward was a winner in 2013 for his selfless act of generosity – launching a campaign to get free forage to snow-hit farmers.

When the worst March snowstorms in more than 50 years hit hill farmers and decimated feed supplies, Andrew decided he couldn’t sit back and watch his fellow farmers suffer while he had fodder in the barn. He launched a forage donation scheme that became known as Forage Aid.

The project rallied farmers and suppliers across the country to donate forage to struggling livestock farmers in Cumbria, Wales, Devon, Derbyshire, Northumberland and North Yorkshire.

Andrew donated his own fodder, then contacted Farmers Weekly, used his Twitter account and spoke in the media, mobilising help from fellow farmers, hauliers and agricultural suppliers. Soon more than 50 people and companies had donated feed, transport and money.

Farmworker James Chapman was involved in a devastating and life-threatening farm accident in 2005.

His left arm was severed when his clothes became entangled with a pto shaft.

It took more than a year to come to terms with the accident and to begin thinking positively about how he could use his experience to prevent others suffering.

Using his influence as National Federation of Young Farmers’ Clubs chairman, he went on to spread the safety message to audiences at shows, events, on radio and television.

He took his brave and inspiring message across the country, encouraging workers to take more care.

“I don’t want people to think I am preaching. I just want them to learn from my mistakes rather than make their own,” he said. “I don’t want anybody, their families or their friends to go through this.”

He was also an early supporter of the Health and Safety Executive’s Make the Promise campaign.

Open Farm Sunday, an annual event which sees hundreds of farmers open their gates to the public, was the brainchild of Ian Pigott.

The Hertfordshire farmer was passionate about agriculture and wanted to share that passion with as many people as possible.

HE reckoned OFS was actually a simple and straightforward idea. “All I did was get people to see the opportunity of a national farm open day as they do in Denmark. Leaf embraced the idea and it worked,” he said.

The event allowed farmers to demonstrate to the public some of the great work they do in terms of countryside management and food production.

“Unless agriculture gets its PR in order, UK farming is in trouble,” Ian said at the time. “We are still regarded by many as a hard-working and honest industry. But we are drifting towards the perception of a subsidy-driven and belly-aching industry.”

The first Open Farm Sunday welcomed about 30,000 visitors and to date well over one million people have attended its events, with activities ranging from farm walks and machinery displays, to sheep shearing and milking demonstrations.