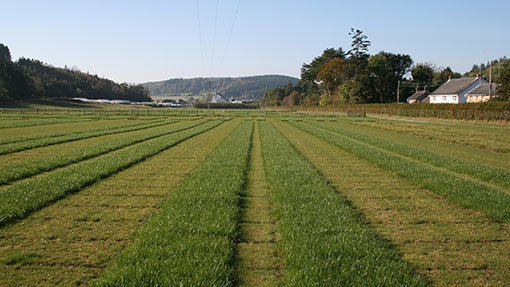 Higher fat grasses could have a valuable role in raising milk and meat production from grazing.

Fats are a good source of energy and increasing their level in grass could offer even more value to the livestock sector, explained Athole Marshall, principal investigator at Aberystwyth University, at Grassland & Muck 2014.

Plant breeders and animal researchers at Aberystwyth are joining forces in a five-year project, with the aim of developing grasses with higher levels of polyunsaturated fatty acids to have a positive effect on livestock.

The project started last autumn and Dr Marshall said the first stage was to look at the extent of variability and identify genetic material within the large collection of grasses.

A key part of the project is developing a higher throughput method of measuring fatty acids as they are difficult to measure and time consuming.

Varieties identified will then be tested in vitro by animal researchers for feed value and eventually evaluated using sheep.

He believes there are also environmental benefits too, as work has shown that fat in diets can reduce methane production in the rumen.

Consumers could eventually benefit from these grasses, as the extra polyunsaturated fatty acids could enhance levels in meat and milk, again adding value to grass.