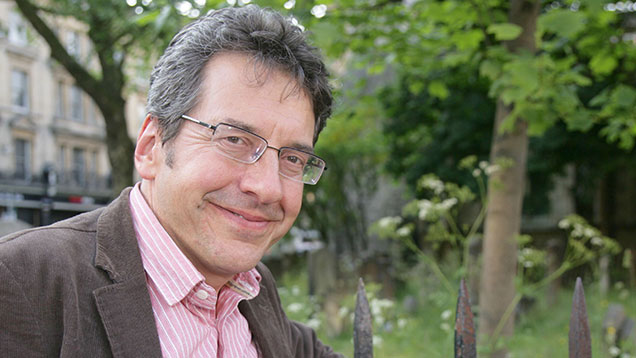 Environmental campaigner George Monbiot used a speech at the Oxford Farming Conference to call for the end of the farm subsidy regime.

In an age of austerity, when vital public services were being cut and benefits such as housing benefit were being reduced to vulnerable people, it was wrong that so much money was being spent on farm support, Mr Monbiot told delegates.

“The very biggest landowners are still receiving millions in payments,” he said. The structure of the Basic Payment Scheme was almost identical to the mediaeval feudal aid paid by poor vassals to wealthy landowners, he added.

See also: Europe – In or out? Politicians draw battle lines

“There will have to be some extremely powerful justification – in this age of austerity when there is not enough money for basic public services – for maintaining this extraordinary level of public spending from the poor, often to the exceedingly rich, which takes place under the name of farm subsidies.”

He said the idea that food production would fall without subsidies was questionable, arguing that the most productive farmers did not need subsidies. And those who did need subsidies – generally farmers on poor-quality land – produced hardly any food anyway.

“There will have to be some extremely powerful justification for maintaining this extraordinary level of public spending from the poor, often to the exceedingly rich, which takes place under the name of farm subsidies” – George Monbiot

According to Mr Monbiot, the argument that subsidies were needed to keep people on the land didn’t hold water. Farms were consolidating and people were leaving agriculture.

Subsidies artificially inflated land prices and made it difficult for new entrants to get a foot on the farming ladder.

Mr Monbiot also rejected the idea that subsidies were needed to encourage farmers to be stewards of the countryside.

There was a lot of “smash and grab agriculture” despite cross-compliance rules requiring farmers to implement environmental measures.

“This is a disgraceful state of affairs,” Mr Monbiot told delegates at the Oxford Examination Schools on Thursday (8 January). “It is absolutely shocking.”

As awareness of the situation gradually seeped through into public consciousness, it would be exceedingly hard to maintain the subsidy regime, said Mr Monbiot. “The arguments for it are so weak and the arguments against are so strong.”

Subsidies could continue to be paid with public justification if they were linked to delivering public benefits. The whole point of the subsidy system should be to protect that which would otherwise not be protected, argued Mr Monbiot.

Rather than being encouraged to keep sheep, hill farmers should be paid to reforest the uplands or to establish shelter belts. Lowland farmers – if they were to receive subsidy at all – should only receive them to look after soil and water resources.

Suggesting environmentalists and farmers should form an alliance in favour of a new regime, Mr Monbiot added: “It is only a matter of time before the subsidy system will disappear completely unless justifications are found for it.”

A revised subsidy scheme would be much smaller and directed only at those who need it most. It would provide only those interventions that were most needed. “It would be specifically targeted at public goods rather than public harm,” said Mr Monbiot.

Farmers who would qualify for the new subsidy system should be on the same side as environmentalists, said Mr Monbiot. The CAP was becoming more unpopular and farmers would find themselves distanced from the rest of the population unless they did so.