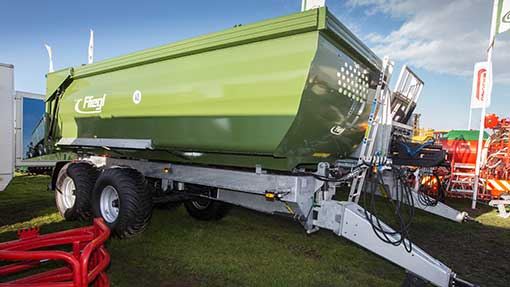 Fliegel may not be a name most UK farmers are familiar with, but it claims to be the biggest trailer maker in Germany. Having said that, it has sold some 30 woodchip driers in the UK during the past two years and 15 or so of its push-off trailers – mainly for farmers with AD plants.

It has a galvanised chassis, commercial axles, a hydraulic drawbar and tapered body (2.32m wide at the back and 2.2m at the front) that is said to help speed up emptying of crops such as silage.

Three dealers have been appointed in Shropshire, Yorkshire and Cambridgeshire and the company’s export manager Christoph Hierl says it is looking for dealers.