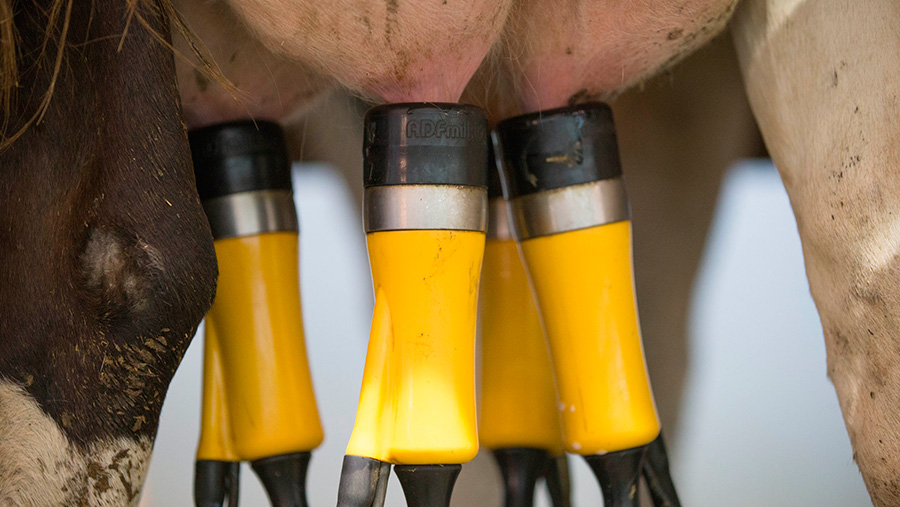 Farmers must continue to take a robust approach to cost control, as milk prices could well remain low for at least another 12 months, according to consultant Andersons.

Latest figures from its Friesian Farm model, revealed on Wednesday (6 July) at the Livestock Event, show things are likely to remain tight for some time despite hopes that the market is in recovery.

However, the company said there was significant scope for costs savings in order to help farmers through the coming months and put them in the best position when there were bigger moves in the market.

The farm, a notional 150-cow dairy in the Midlands on a non-aligned liquid milk contract, is forecast in 2016-17 to make a 1.1p/litre loss from production, based on an average milk price of 20.9p/litre.

Even with support payments added back, the business surplus will only be 0.4p/litre.

In 2017-18, assuming prices increase to an average of 22.6p/litre and costs can be kept under tight control, the business could earn a margin from production of 0.8p/litre, which means a net profit of 2.3p/litre once support payments are factored in.

Richard King, Andersons’ head of business research, advised farmers to err on the side of caution when budgeting future milk prices.

“I think it is going to be a slow slog.

“There is a lot of product in intervention and that could weigh on the market. Processors will want to make sure the markets really has turned before delivering meaningful price rises,” he said.

This might not happen until after the spring flush in 2017.

Mr King said low costs of production were the difference between success and failure in tough times.

Concentrate feed and fertiliser should be cheaper for the current year and usage levels could also be looked at – while bearing in mind not to cut-corners and affect optimum output levels.

Farmers would also need to proactive in negotiating better deals on fuel, electricity and contract charges.

Mr King added that while some farmers might think they had done everything they could in terms of business efficiently, it was a process that should be ongoing.

“Have you compared your costs to the top 10% of producers recently? How do your figures look in comparison and why – you need to delve into the reasons.”