Mr Ellis, who runs a flock of 1,000 Lleyns at Pentrefoelas, Bettws y Coed, was awarded the top prize for a pen of five March 2015-born registered Lleyn shearling ewes fit for breeding. 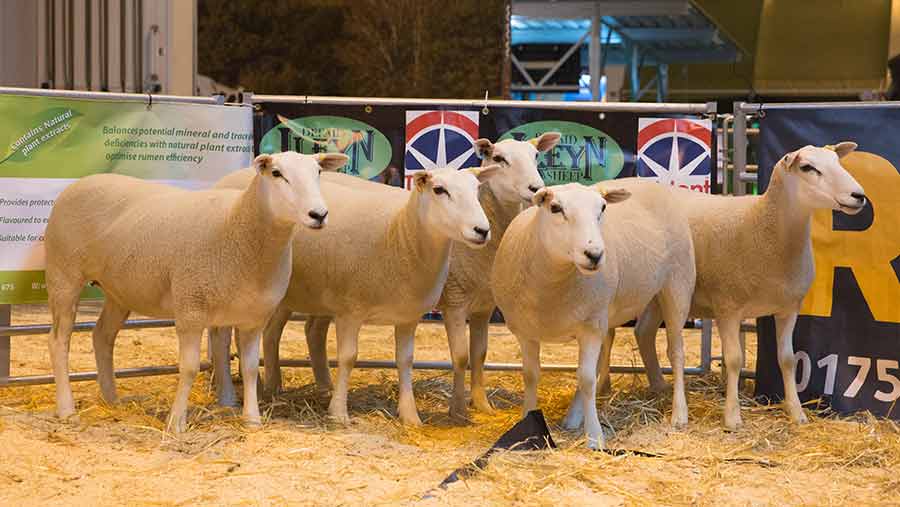 According to judge David Alexander, who had travelled from Ayrshire for the competition, they were a winning combination because they were typical of the breed.

Mr Ellis said it had been a huge achievement to win for the third year in a row. “As a breeder, it’s not the easiest competition to select for, but these are a nice size and in good condition, not too fat,” he said.

The flock was started in 1982 and the focus is on breeding the best replacements, with between 200-250 females retained annually.