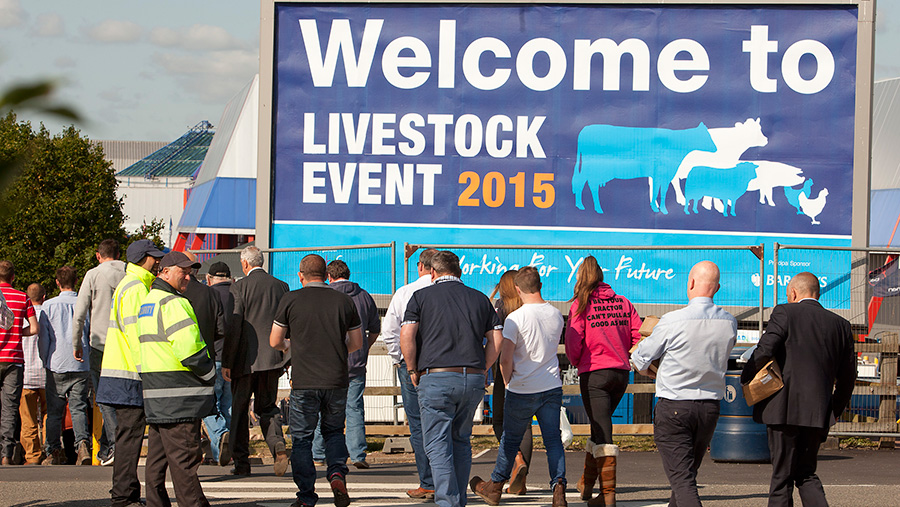 The Livestock Event is moving back to its original September date next year and will refocus its attention on dairy.

The event had been rescheduled from September to July in 2013 and renamed the Livestock Event to widen its remit to cover other livestock sectors as well dairy.

This year’s event will take place as normal at Birmingham NEC on 6-7 July. However, the changes will be brought in from next year.

Event organiser the Royal Association of British Dairy Farmers (RABDF) admitted its new format was not working and said the show would return to its roots, with next year’s event being rebranded as the National Dairy Event.

Speaking exclusively to Farmers Weekly ahead of the official announcement at the Farmers Club, London, on 28 June, RABDF chief executive Nick Everington said:

“The reason we moved to July was to widen the remit of the event to create a EuroTier-style event and incorporate beef and sheep but that hasn’t worked as quickly as we hoped.”

Mr Everington added that the consolidation of the dairy industry was affecting the event and revealed it would now be held over one day instead of two on 6 September at The NEC to reduce exhibitor costs.

Annual surveys carried out by RABDF showed dairy exhibitors and visitors backed a move to September, with July largely being more convenient for beef and sheep visitors, he explained.

See also: UK Dairy Event to be launched in 2014

Mr Everington said RABDF was “acutely aware” of the impact of these changes and revealed RABDF had held private discussions with Holstein UK over the past year in the hope it might be possible to hold a joint event once again.

He said RABDF had to make a decision to secure next year’s event, but confirmed negotiations were still ongoing and said he hoped an agreement could still be reached with Holstein UK over a joint event for 2017 and beyond.

In the meantime, he said RABDF would not include any cattle showing at its 2017 event so it did not conflict with UK Dairy Day.

“[The purpose of] our event has always been for the commercial dairy farmer to make money. There won’t be showing but there will be cattle demonstrations.

“The event will still have beef and sheep breeding society stands but the focus will be much more dairy and we won’t be holding national shows for beef and sheep.”

But in a statement released on Tuesday morning (28 June) Holstein UK chairman Andrew Dutton said the organisation was committed to the success of the UK Dairy Day and had contractually agreed the event would be held at the International Centre for the next three years.

He added: “We have every confidence in the UK Dairy Day event but are more than willing to continue discussions with the RABDF over the possible collaboration for future events.”