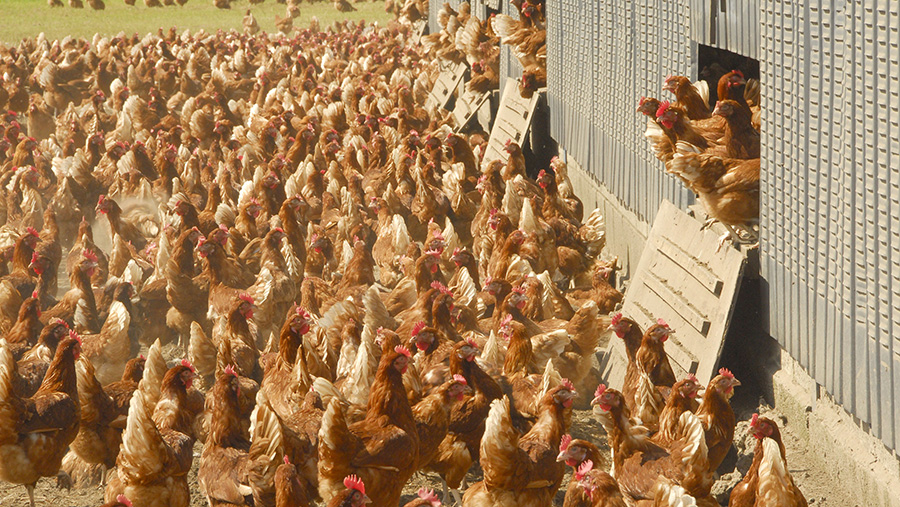 The NFU’s annual conference plays host to a session geared towards the poultrymeat and egg sectors.

Always a lively event, here we sum up some of the key topics covered.

1. On prospects for poultry farming if Britain leaves the EU

Stuart Agnew, egg farmer and MEP for Ukip, said: “We have a recorded history in this country of 2,000 years, only 45 of that was spent inside the EU.

“We managed pretty well outside, building the biggest empire the world has ever seen, so it’s certainly not a leap in the dark.”

James Hook, of PD Hook Hatcheries countered: “I’m firmly for staying in. I’ve got no question about it, I run quite a large business, and employ quite a lot of people.

“We’ve got freedom of labour across Europe.

“People travel here, they stay, they become managers – half our business, probably relies on European people.

“We’ve also got trade. All the back ends and other difficult bits of a chicken we have to sell can go there, we know they can go there, and it’s all neat and tidy.

“In my lifetime we’ve been very fortunate.

“I feel, to take a leap into the unknown with our businesses and our farms would be irresponsible.”

Tom Willings, until recently agriculture director for egg packer Noble Foods, said: “There’s a lot of investment being made on the sexing of chicks.

“As I understand it, it’s currently incredibly invasive which dramatically reduces egg hatchability, and therefore the viability of using the technique on a commercial level.

“I wouldn’t want to suggest a timescale, but I don’t think it’s going to be a viable option soon.”

He added that educating the public about the fact chicks were sold to zoos, not wasted, was probably the best way to tackle resistance to the practice, at least while an alternative was unavailable.

3. On the risk of bird flu for free-range egg farms

Mark Williams, chief executive at the British Egg Industry Council said: “If you look at the history of avian influenza (AI) outbreaks over the past two decades, most have been in housed birds. Free range is no greater threat, even though logic dictates it might be.

“The outbreak in Preston was a game changer – I think it concentrated a lot of our minds and moves us forward. Biosecurity within the [British Lion scheme] and generally has been great, but what we need to do is up our game in line with an increased threat.

“As such, the Lion standards will be updated following consultation over the next six months.

4. On the fear AI insurance could be cancelled during a major outbreak

“The answer was, it depends on where an outbreak is, and the extent of it. Ordinarily, they wouldn’t exit the market – they would possibly suspend new business for a short amount of time, but that is probably the most they would do.”

5. On multi-tier versus flat deck housing

Tom Willings, former agriculture director at Noble Foods, said: “It’s my own personal view that there’s absolutely nothing to be gained from promoting one system about the other.

“For the record, I’m a big fan of the multi-tier system.”

6. On how young people can break into the sector

James Hook of PD Hook: “I  know examples where this has worked.

“Just find an old broiler grower who’s looking tired, volunteer to do the work for him and he will soon ask you to rent his site.

“The hatchery will let you have chicks on crop credit and the feed mill will do the same.

“Before you know it, you’re a broiler farmer.”