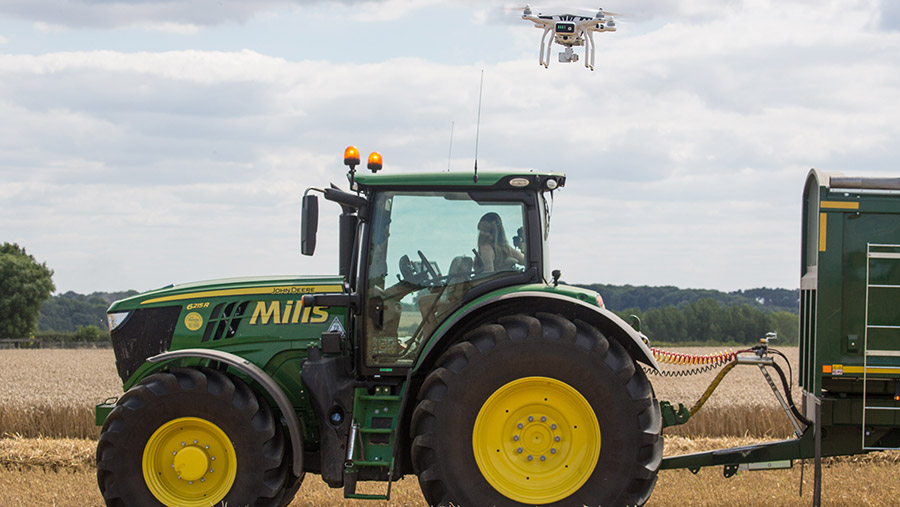 The next 30 years will be the most important time in the history of global agriculture, which faces enormous challenges to feed a growing world population, an influential US global food expert has warned.

The need for farmers, policymakers and scientists to educate consumers and build trust in science and innovation in farming and food production will be critical if we are to feed the world.

Jack Bobo, senior vice-president for global policy and government affairs at US biotechnology business Intrexon Corporation, fired the warning shots at an NFU conference breakout session on Tuesday (19 February), with the theme “The future of food: where are we going?”.

The world population is forecast to rise from 8 billion to 9.8 billion by 2050, when farmers will need to produce 60-100% more food, using less land, less water and fewer inputs.

Jack A Bobo, I hope @michaelgove can hear you talk! Stand up and take a bow. #brilliant #NFU19 @NFUtweets the next 30 years are THE MOST important ever for Agriculture pic.twitter.com/rprF8Jnvnx

Mr Bobo, who worked for 13 years as an senior adviser to the US government on global food policy, biotechnology and agricultural trade, said innovation in agriculture and its ability to feed nations had “made great strides” over the past 50 years.

Currently, about 800 million people will go to bed hungry and most consumers consider that the global food system is “broken”. But 20 years ago, nearly 20% of the population was hungry and this figure has fallen to 12% today.

Today, Europe imports 70% of its animal feed needs and Brazil, the single largest driver of global deforestation, is the country that sends the most food to Europe.

“Europe has exported its environmental footprint to the most biodiverse country on the planet. That might not be a good idea,” said Mr Bobo.

Farmers, policymakers and scientists need to have the conversation with the public and environmental groups to understand the global picture because “the more that’s produced in Europe, the better the planet will be”, he added.

Mr Bobo said consumers would like their food to be produced how it was 100 years ago, which clashes with the intensification of agriculture.

But he added: “If we don’t change how we produce food, everything will change. We need to change the conversation so that it’s not about changing food, but about innovation.”

Mr Bobo said farmers, policymakers and scientists must engage and educate consumers about food production by telling them the story of farming. But consumers were being misled by the way food is marketed, which was increasing scepticism.

“Consumers have never cared more nor known less about how their food is produced,” he added. “We need to find a way to make food less scary, because our food has never been safer and people have never been more afraid.”