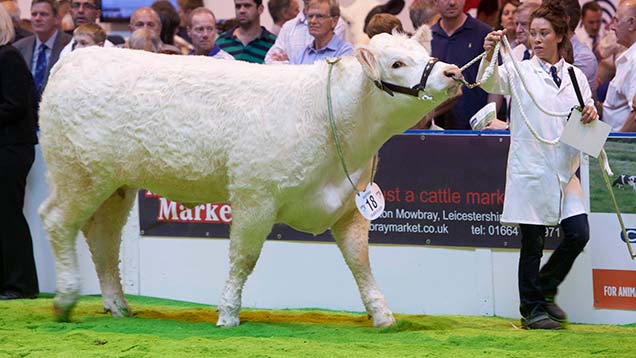 Four beef breeds will be staging their major national fixtures at next year’s Livestock event, with the South Devons making their debut.

The British Blue and Charolais societies have each confirmed they will be holding their national shows at the event on Wednesday 8 and Thursday 9 July and the NEC.

The Aberdeen Angus society will be staging its junior national show and the British Charolais society will hold its young breeders’ stock judging competition.

But new in 2015 is the South Devon Herd Book Society’s inaugural performance championship.

Livestock Event director Matt Knight said: “We are delighted to see the return of three breed societies that have each committed to holding their showcase fixtures at Livestock Event, while we welcome for the first time the South Devon Herd Book Society.

“We have taken into account the responses to the 2014 Livestock Event’s visitor survey in which one-third of the respondees indicated they would like to see more livestock by expanding the beef section with one new breed.”

A total of 240 stall places will be available in the Livestock Hall.