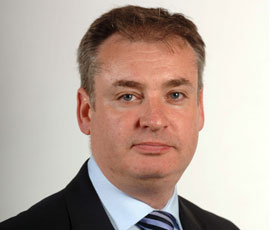 Mr Lochhead was speaking to journalists and meat industry leaders at a breakfast during the first day of the Royal Highland Show on Thursday (20 June).

With less than a week before a crunch EU meeting on CAP reform, Mr Lochhead said DEFRA secretary Owen Paterson needed to secure a better deal for Scottish farmers.

“I don’t believe the UK government will argue in the best interests of Scotland’s farmers,” said Mr Lochhead, ahead of next week’s Luxembourg meeting.

Scotland required a “much needed helping hand” from CAP reform, he added. This included getting a good deal on coupled support.

Most livestock producers agreed that Scotland needed the option of 15% coupled support – and the latest livestock figures endorsed this stance.

“This decline needs to be reversed,” said Mr Lochhead.

“That is why we need the UK government to argue hard for the same level of support as other country’s and what Scotland is seeking.”

Mr Lochhead said he had sent Mr Paterson details of the Scottish calf scheme and the decline of livestock numbers to “help his understanding” of its importance to Scotland.

“It’s simply not good enough for Owen Paterson to start at wanting no coupling – despite Scotland’s views – and only moving to reluctantly supporting 5% when he realises he is fighting a losing battle with other states.”

Mr Paterson is expected to respond to the criticism when he visits the Royal Highland Show at Ingliston on Friday (21 June).

Read all the latest news from the Royal Highland Show