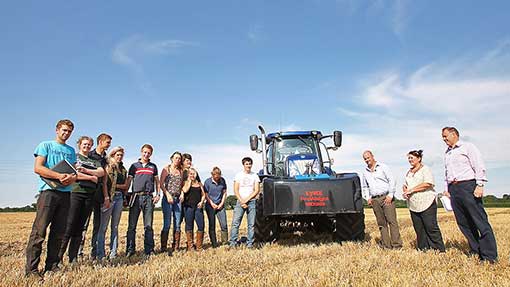 The second episode of the Farmers Apprentice web-TV series is out now.

In this week’s episode the pressure is piled on as the 10 apprentices, who are battling in it out to win £10,000, are called together for a surprise announcement.

See also: Get all the gossip and behind-the-scenes news from the diary room.

With no time to digest the news, they are split into two teams and sent straight to work on the second task of the week – looking at soil profiles and rectifying a compacted field with some big kit.

But with the news from the shock announcement on their mind and the pressure from a time-sensitive task on their shoulders, does the competition get too much for some?

Watch this episode as cracks begin to appear and some serious errors are made, costing one team a victory.

Discover what the shock announcement was by watching episode two now at www.farmersapprentice.co.uk.

You can still watch episode one and take part in the conversation by Tweeting about Farmers Apprentice using #farmapprentice or comment on facebook.com/farmersweeklyuk.