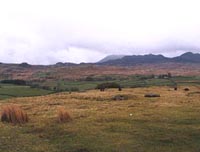 The Commission for Rural Communities said the uplands underpinned a wealth of natural and cultural assets. But support for hill farming remains too little to sustain these resources, it said in a report on Tuesday (15 June).

A new approach is needed to balance economic potential with environmental needs, states the document. The government should appoint a single individual responsible for a new uplands strategy, it adds.

This would include initiatives that bring together the public and private sectors to create markets for natural upland resources – such as carbon and water – for the benefit of local communities.

Farmers would be rewarded for managing these assets in harmony with developing businesses, says the report. Supporting farmers alone is insufficient, it adds, because sustainability also depends on a thriving business sector.

Instead, the uplands economy is too often hampered by house prices that are out of reach of rural youngsters, poor mobile phone coverage and broadband connections that are either slow or non-existent.

Commission chairman Stuart Burgess said: “Our inquiry has focused on the uplands’ potential as well as the challenges needing to be tackled. People are essential to the identity and future of the uplands.

“We have recognised that farmers and land managers play vital roles in looking after these assets, and that many more people enable them to do so as part of the wider uplands’ economy and society.”

Landowners and tenant farmers gave a mixed response to the report.  The Country Land and Business Association (CLA) said it lacked detail. But the Tenant Farmers’ Association (TFA) described it as an honest assessment.

Henry Robinson, CLA vice-president, said the document had identified major environmental and social issues. But more specific policies and groundwork were required to ensure the survival of the uplands economy, he added.

“It would be preferable if the report had gone further in recognising the need to remove some of the restrictions, particularly within the planning system, that inhibit the roll-out of alternative sources of supplying energy.“

Mr Robinson also questioned the report’s call for the government to appoint a named individual to oversee any new uplands strategy.  “We have little faith in national strategies for the uplands,” he said.

But TFA chief executive George Dunn praised the document. “Unlike some recent policy statements from other organisations, it takes a very common sense approach to the problems currently facing upland communities in England.

“It does not shy away from highlighting mistakes that have been made in the past and does not underestimate the work that needs to be done to ensure that upland communities have the chance of a vibrant future.”