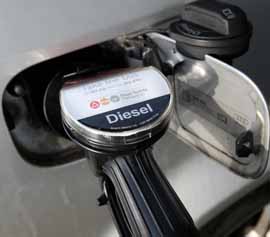 The government has been urged to scrap plans to increase fuel duty to help Scotland’s farmers, struggling under the burden of sky-rocketing energy costs.

NFU Scotland and the Road Haulage Association (Scotland) have written to Chancellor George Osborne to ask him to address problems being caused by record fuel prices in Wednesday’s (23 March) Budget.

In a joint letter they asked him to rethink plans to increase fuel duty in April and to support the development of a “fair fuel duty stabiliser”.

They also called on the chancellor to commit to introduce a reduction in fuel duty in all areas of Scotland.

“If that is not addressed now it will damage these areas in the long term,” he said. “The rising cost of fuel is having a significant impact on our members’ businesses.

“The role of small family businesses in rural areas – across agriculture, haulage and beyond – in generating economic growth and moving Britain out of recession remains critically important.”

Phil Flanders from the Road Haulage Association said: “It is important that we get this commitment from the chancellor to tackle the cost of fuel, as the constant increase in prices is having a serious destabilising effect right across the economy as a whole.

“We need some respite, and a positive signal from the government on fuel issues would bring some stability to the many hard-pressed businesses out there.”