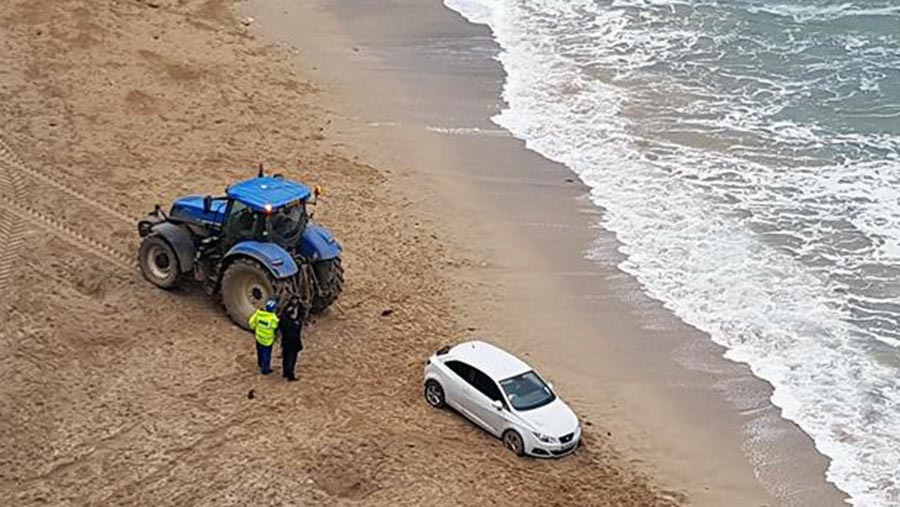 A farmer from Cornwall came to the rescue of a motorist who got stuck on a popular beach in Newquay at the weekend, giving yet another reason to thank a farmer.

The elderly driver managed to beach his white Seat Ibiza car in the sand as he attempted to turn around and a local farmer was called on to pull the car from the rapidly advancing tide with a New Holland tractor.

A Newquay Coastguard spokesperson said: “The team was paged at 2.22pm on Saturday, 2 December, to a report of a vehicle stuck in the sand at Great Western Beach in Newquay.

“On arrival the team made sure everyone was safe and conveyed the driver’s elderly passengers, who were cold and had medical conditions, to a local hotel where they were safe and warm.

“The driver was put in touch with a local farmer and arrangements were made to tow his car out. The farmer arrived in the nick of time.”

The coastguard spokesperson added that people should not drive on to beaches unless they are in a suitable vehicle and know it is safe to do so.

Watch the video below of the rescue taking place.