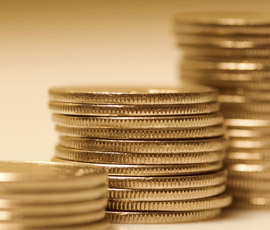 MPs are preparing for a crunch vote on the future of the Agricultural Wages Board.

A House of Commons vote on whether to maintain the 65-year-old board, which sets minimum rates for farm wages, takes place on Tuesday (16 April).

The government and farm leaders say the board is out-dated – especially when Britain has a national minimum wage.

The NFU says abolishing the board will have no negative impact on farm wages, arguing that its existence means farmers have to deal with a needless layer of bureaucracy.

NFU deputy president Meurig Raymond said: “Agriculture is the last remaining industry to have a wages board, leaving it totally out of step with the rest of the UK workforce, including others in the rural economy.

“This makes the decision to abolish it right and proper and will bring agriculture alongside other 21st century industries.”

But opponents say the wages board should be retained.

Shadow farm minister Huw Irranca-Davies said abolishing the board would take money out of the pockets of low-paid agricultural workers.

“The government’s national economic strategy is shot. Rural growth is further constrained by inflation running at double the national average along with the higher costs of living and working.

“It seems odd that the government’s solution to this is to take a quarter of a billion pounds out of the rural economy, and the pockets of low-paid farm workers.”

Union activists have stepped up their lobbying of MPs in the run-up to the vote.

Liberal Democrat president Tim Farron was one of those lobbied on Friday (12 April), as the Unite union intensified its campaign to retain the wages board.

Scrapping the board would bring poverty wages to the countryside, said Julia Long, Unite’s national office for agriculture.

The board protected the incomes of 150,000 agricultural workers, she said.

“Tim Farron is being lobbied as he is president of the Liberal Democrats, who could scupper this retrograde step being promoted by their coalition partners.”

“Unite will be campaigning strongly in the run-up to the vote to retain the Agricultural Wages Board,” Ms Long added.

“Supermarkets and the growers who supply them are behind the Agricultural Wages Board’s abolition proposal as they want to drive down workers’ wages to poverty levels.”

The union claims 60% of responses to the government’s consultation on the future of the Agricultural Wages Board favoured its retention.

Weekend protests at threat to AWB