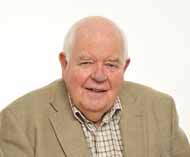 Regular readers of these columns will know I am an instinctive interventionist. I don’t fear change or fair competition. In fact, I relish challenges that have the potential to freshen farming’s efficiency and enhance our relationships with consumers.

What I dislike is extreme instability, which distorts production, prices and food security, inhibits investment in technology and science, and drives young farmers – who are, almost by definition, highly geared – out of business. I detest unnecessary regulations with a similar passion. So, some recent political pronouncements have pleased me.

DEFRA’s top team of Caroline Spelman and Jim Paice, for instance, have both said they will significantly cut our industry’s regulatory burden. They are just waiting for ex-NFU director general Richard McDonald’s report and recommendations, due out soon, to set the ball rolling.

Although Scottish Lib/Dem MEP George Lyon dampened my enthusiasm for the project at the Sentry Conference last week when he reminded us that it typically takes five years for a political initiative to become a reality.

I was also pleased when, at the Oxford Conference, last month, EU Agriculture Commissioner Dacian Ciolos said EU aid to farmers was necessary and should continue. He believed the CAP budget, after 2013, should remain at approximately present levels and that it was secure for two main reasons – to ensure adequate production to satisfy the food and energy needs of European citizens and because those citizens wished their food to be produced in prescribed ways to protect the welfare of livestock and maintain the rural environment. Some adjustments would have to be made, but most genuine farmers would not be penalised.

But it was a shock to the system to listen, also at Oxford, to Irish farmer, Jim McCarthy, who also manages thousands of hectares in South America, North America and other countries. Referring to those regulations DEFRA seeks to reduce and to European public opinion – which commissioner Ciolos admitted makes farm subsidies necessary – he said Europe had become a second class farming community because it is prevented from adopting new science and technology used by most of the rest of the world. If European farming was up-to-date, those subsidies would be unnecessary, he concluded.

So, how to change public opinion? And whose job is it to try? The “green” tendency is still a powerful force in Europe and politicians are reluctant to tackle it head-on for fear of losing votes. Nor do they show much enthusiasm for tackling the difficult issue of ensuring stable production. Short-termism still rules.

One fact seldom discussed by economists and politicians who advocate the abolition of stabilising aid to farmers is that the majority of developed countries around the world provide some kind of market protection for farming and food. Some, like the USA, do it continuously, while others, like Russia last year, introduce measures (to conserve food supplies for domestic consumers and hold down prices in the shops) such as a ban on exports. To try to abolish such practices would clearly be impossible. Governments (eventually!) do what they deem necessary, given the circumstances, to protect the interests of their electorate.

However, despite obvious risks to food security, politicians at the Sentry Conference suggested we should reconcile ourselves to the probability that the CAP budget will be cut and ratcheted downwards come 2013.

As a percentage of the EU’s budget, the CAP has fallen from about 75% 30 years ago to 45% now. That trend, said Jim Paice and George Lyon, is unstoppable. I wonder if they’ll be proved correct.