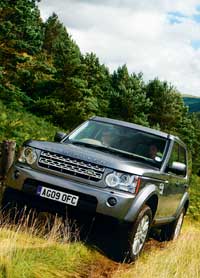 When the original Discovery was launched in 1989 it bridged the gap between Land Rover’s crude-but-effective workhorse – the Defender – and its prestige 4×4 icon – the Range Rover. 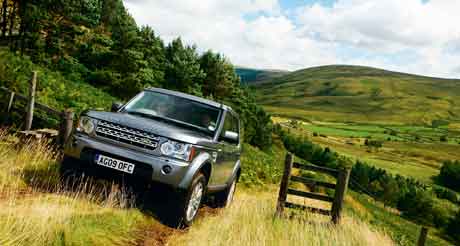 Under the Discovery 4’s bonnet lurks what is claimed to be the most torquey production diesel engine ever built for a passenger vehicle. Its performance is certainly lively both on and off-road.

Despite having to straddle this awkward divide, it managed not to make too many compromises in either direction. Yes, it had the roominess and modern switchgear to please the average car buyer, but it was still primarily a work vehicle with the ability to carry up to seven passengers in rather more comfort than the Defender.


Even when the all-new Discovery 3 appeared in 2004, there was still some of that utilitarian feel remaining, albeit diluted by a plethora of luxury gadgets.

Now Land Rover (by its own admission) is trying to sweep aside some of the square-jawed, slab-frontedness and transform the Discovery into a car that is more easy on the eye.

But the company has gone about it in a rather funny way. Rather than wield the scalpel and soften that harsh, delivery-van silhouette, the designers have opted to sprinkle some glitter and bling to broaden the Discovery 4’s appeal.

The wide, upright front grille, for instance, has been replaced by something more frilly, and the new latticework side vents have an air of fussy Victoriana about them. Land Rover’s chief designer believes the glittering rear light clusters would make a nice addition to any coffee table, such is their artistic beauty. I’m not convinced.

But it’s under the skin that the more impressive changes have taken place. The new three-litre twin-turboed version of Land Rover’s TDV6 engine, developed in conjunction with Jaguar, boosts both power and torque by about 30% compared with the previous 2.7-litre block.

In fact, at 600Nm, Land Rover claims this is the world’s most torquey six-cylinder diesel in production for any passenger car. Certainly, it’s a much more responsive car than the previous Disco and all that extra low-end muscle can only be good for towing.


Some serious changes have also been introduced in the suspension set-up. New anti-roll-bars and tweaked wishbone design mean the Discovery 4 has lost some of the cornering body-roll that all big 4x4s suffer from. So rather than listing to starboard like a yacht coping with a rough day in the Solent, it approaches high-speed manoeuvres with the poise and dignity of a high-ranking diplomat.

The interior has been overhauled too, with a cleaner, less-cluttered central console. And there’s a mass of new hi-tech playthings to choose from, including a CCTV system that would make the governor at HMP Broadmoor jealous. Five cameras point outwards at various points around the vehicle to show you what’s happening outside. The idea is to make off-roading and manoeuvring easier, but unless you have problems with your spatial awareness, this set-up is unlikely to prove useful for anything more than hitching up trailers.

And on that note, Land Rover has added another trick to the Discovery’s repertoire to aid towing. It retains its 3.5t capability but gains a set-up called Trailer Stability Assist. Using the vehicle’s traction and stability control systems, it senses when the trailer starts to snake and gently slows to bring things back under control. Clever, huh?