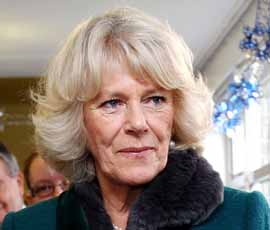 This year’s British Food Fortnight was given a royal boost when the Duchess of Cornwall invited schoolchildren up and down the country to “Cook for the Queen”.

The once-in-a-lifetime competition challenges schools to prepare a special Diamond Jubilee menu that showcases the best of British food produced in their region.

The top four winning schools will be invited to Buckingham Palace in June to see their menus prepared by the Royal Chef for a special Diamond Jubilee reception. The students themselves will help serve their winning dishes to guests at the reception, which will be attended by the Queen.

The competition is the Duchess of Cornwall’s special tribute to the Queen for the Diamond Jubilee. She launched the competition in person at Nova Hreod secondary school in Swindon, where year 10 pupils in the school’s food technology rooms were working on the dishes they are planning to cook.

Traditionally held in the autumn, this year’s British Food Fortnight runs from 27 July-12 August to coincide with the London 2012 Olympics. Patriotic food promotions are planned in 40,000 shops, pubs and restaurants across the country as part of the celebration.

HOW TO ENTER ‘COOK FOR THE QUEEN’

All students have to do is design a menu fit for the Queen. It should include both savoury and sweet dishes, and use ingredients that strongly represent their region. All the dishes need to be easily produced in the form of canapés that will be served at the reception. For example, mini toad in the Holes, little Cornish pasties, smoked haddock fishcakes, bubble and squeak, pan haggerty, Cromer crab salad or Caerphilly tart.

Go to the “Cook for the Queen” section on www.lovebritishfood.co.uk where you will find the entry form plus examples of the types of food served to our Royal Family through the ages.

The competition is open to 10-15-year-olds in all primary and secondary schools in the UK. Entries close on Monday 30 April and the winners will be announced in mid-May.