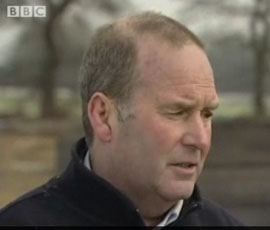 A farmer at the centre of animal cruelty allegations has been found dead on his farm in Norfolk.

The body of Stephen Brown, 52, was recovered by police at Harling Farm, East Harling, on Wednesday (15 February).

Norfolk police has confirmed to Farmers Weekly that a “sudden death has occurred in non-suspicious circumstances”.

A force spokeswoman said: “Police were called to a property at Eccles Road in East Harling around 7.30am this morning, to reports of a sudden death.

“Officers attended and found the body of a 52-year-old man.

“At this stage there do not appear to be any suspicious circumstances to the death and an inquest will be held in due course.”

A local resident, who asked not to be named, said Mr Brown had “shot himself dead”.

However, police have declined to comment on any of the circumstances surrounding the death.

“We are currently in the process of liaising with next of kin and informing them of the incident,” added the spokeswoman.

“An inquest is expected to opened shortly.”

The 4,000-pig unit hit the headlines this week after animal rights activists released video footage of pigs being kicked, slapped and attacked with iron bars.

The RSPCA said it was disgusted by the images, which it described as one of the worst cases it had ever seen. The society’s inspectors are investigating the cruelty allegations.

In an interview with the BBC, a dejected Mr Brown admitted that he was “absolutely gutted” by the release of the video footage and said the last 48 hours had been “very hard”.

“It does look bad, yes,” he said. “The only thing I feel is that some of it has been over-dramatised.

“I see several cases on there where the man concerned that was taking the film was actually with pigs he was supposed to be looking after.

“I employed him to look after those pigs himself.”

He added: “We did have a sow that had a very nasty gash. She had actually been pulled out.

“She had been treated with antibiotics and she did carry on in the end to be a good sow.”

• Watch a BBC interview with Mr Brown about the cruelty claims, broadcast before his death