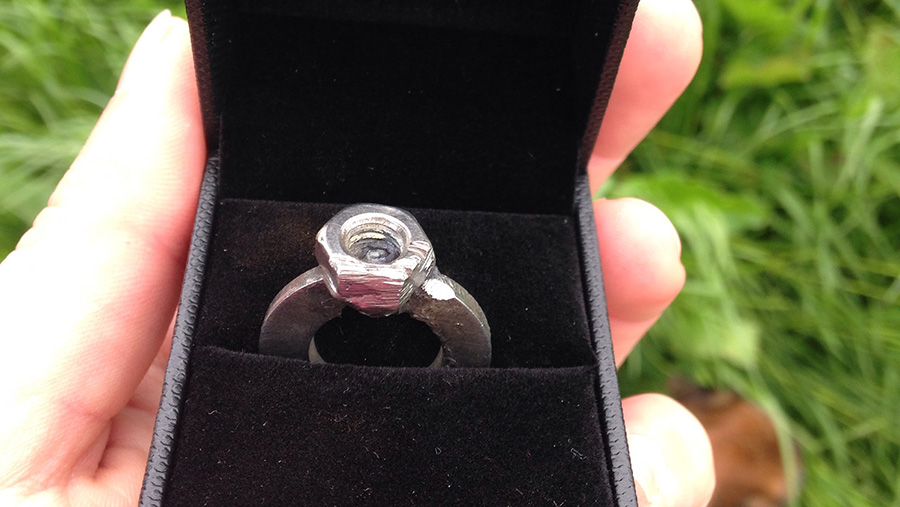 The ring Gordon Smith made for Emma Fairbairn

Rural surveyor Emma Fairbairn has received a wedding proposal with a difference – the ring was made in a farm workshop.

The 28-year-old was checking to see if grass was ready to be cut for silage with 33-year-old Gordon Smith, when the farmer popped the question and whipped out the washer-and-nut ring. 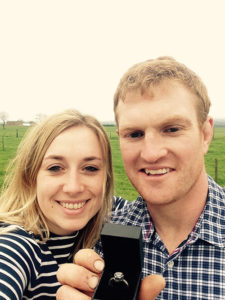 “I was totally taken by surprise”, she said. “We were out on what I thought was a normal walk with the dogs, then he produced the box.”

Farmer’s daughter Emma, who works in Northumberland for Youngs RPS, added: “It’s quite him, because he likes doing a bit of welding and making stuff on the farm.”

She reckons she’ll keep the ring forever, but the pair now plan to go shopping for the “real” version ahead of tying the knot next May.

“Everyone’s been asking to see this one, though, so I’ve been carrying it round with me.

“We’re all really excited about the big day. It’ll be a proper farming wedding – and we obviously had to pick a date that fitted around the farming calendar.”