After a challenging and often uncertain year, many farmers have had to make sacrifices due to the impact of the pandemic – and it’s been no different for those in the industry trying to plan their wedding.

Since lockdown began in March 2020, many couples found themselves having to change dates, rearrange plans and make difficult decisions to find a compromise for their big day.

From losing money, to cutting guests and even splitting celebration days, newlyweds Becky and James Edgley and Martyn and Emily Smith, achieved their farming fairytale amid the ever-changing restrictions.

They share the stories of their happily ever after.

Leek farmer James and caterer Becky, from Cambridgeshire, grew up living next to one another.

The couple dated and had two children together before finally deciding to tie the knot.

Becky and James originally planned the ceremony would take place on James’ family farm on 11 July 2020, but found themselves altering, changing and moving their wedding due to the impact of the pandemic.

“I was quite hopeful,” she said. “I was very optimistic to start with, even in the March. I was sure it would all go ahead and that everything would have blown over by July.”

However, with a big day planned, their numbers were soon cut to 30, which was followed by a cancellation.

The couple postponed until 3 May 2021, but the restrictions once again shattered their plans.

A new date was then pencilled in for 28 August 2021 with a lot to change, rebook and organise.

Making new, last-minute bookings meant they lost thousands of pounds worth of deposits, but they saw the wedding as an opportunity to bring people together after a difficult year.

“Everybody needed a big party; we all wanted to get together so we decided to go for it.

“We went from a really big wedding, to a really small one, then to a ‘let’s all get together and have a big party’.”

The wedding was just that. With 150 guests planned for the day and 240 for the night, the reception took place in the farm shed, where there was also a mini party for the children.

Although restrictions were lifted, they still ensured their guests had social-distancing options.

Having trestle tables instead of round ones, seating families together, hiring bar staff and organising a huge dance floor were just some of the ways the newlyweds catered for those who were still cautious.

With further travel restrictions also relaxed, they were able to welcome more guests, who had originally declined due to the required isolation periods, to join them in celebrating their special day. 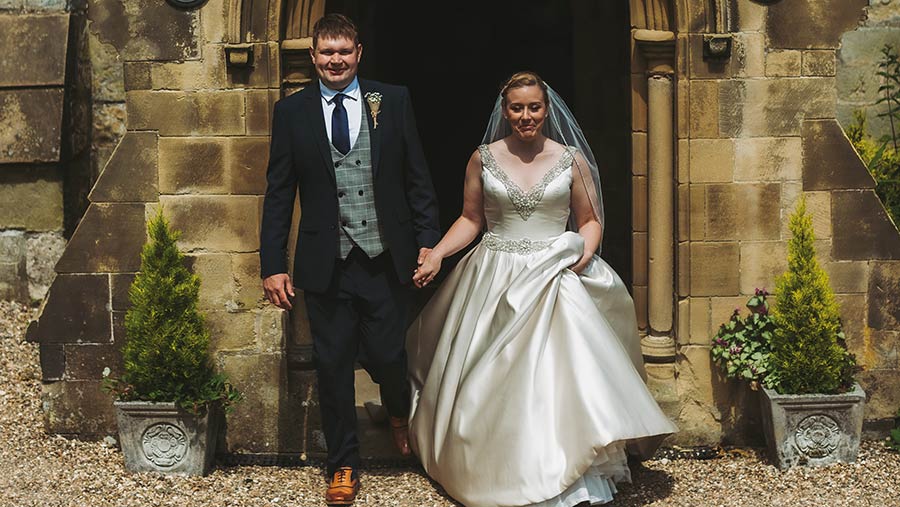 Yorkshire couple Martyn Smith, a teacher at an agricultural college and agricultural engineer by trade, and his wife Emily, made the decision to keep their wedding date after postponing once already.

Their big day was planned to take place on 10 July 2020 but, like many other couples, they delayed for the year.

After agreeing a new date, 2 July 2021, the pair were then faced with an extension on restrictions from the originally suggested restriction-lifting date of 21 June 2021.

Martyn said: “We thought we would be safe on 2 July, but obviously they put it back again so then what we did was make changes.

“It took a bit of the excitement out of it for us,” he said.

“You couldn’t get that excited because you didn’t know what the restrictions were going to be at that time.”

Nevertheless, they managed to have their special day by reducing numbers to 65, and officially became husband and wife at St Mary’s Church, Huggate.

Even with reduced numbers, the occasion was still unforgettable and, inspired by Martyn’s farming heritage, they featured a showstopping New Holland T7 315 in their photographs. 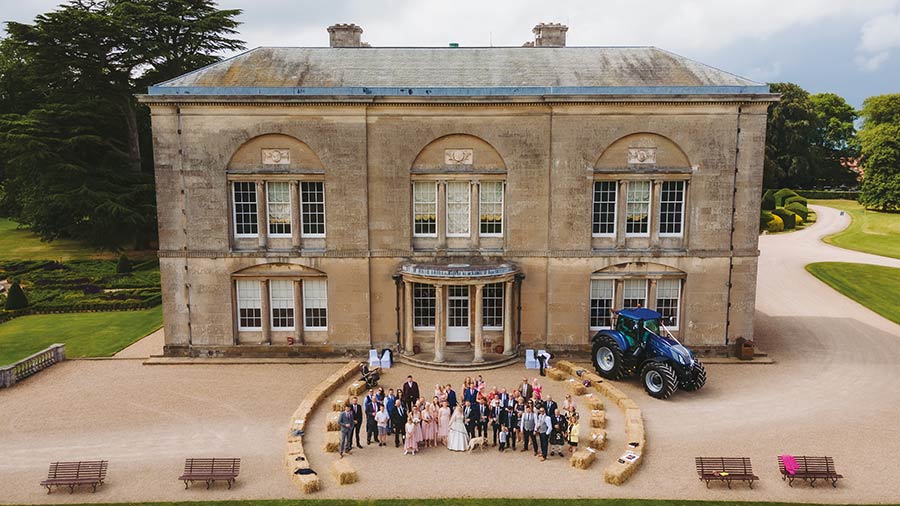 The coronavirus restrictions meant they could no longer have the big reception they once hoped for so, following their ceremony, they opted for a pub meal with the family.

“We decided we had already put it back a year, so we wanted to just go ahead.”

They still wanted to share their celebration with wider family and friends, though, so arranged a second reception for late August.

Now able to have their 100 guests, the event allowed them to celebrate again.

The tractor even made a reappearance, featuring as an archway to the venue – what a way to make an entrance!