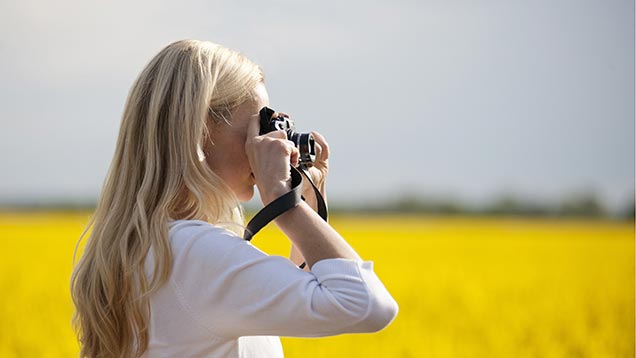 Thanks to everyone who entered the 2014 Farmers Weekly photography competition.

You submitted thousands of pictures and we loved looking at them all. They form a wonderful showcase of farming and the great British countryside in all its guises.

Here are the eight category winners. A special congratulations to Jane Murrell of Long Marston in Hertfordshire who, having won the Wildlife category, also scooped the coveted “Winner of Winners” accolade – and a £350 prize – for her superb picture of a hare.

A newly shorn Scottish Mule, as seen through the Canon 600D lens of Josephine Holbrook, a final year veterinary medicine student from Lothianburn in Midlothian, who also runs a very small flock of mixed native and continental breeds. “I think it does the often overlooked Mule justice – it shows its upright stance, bold character and curious nature.”

Tracey Tompkins got this picture on her phone of a partly combined wheat field under a stormy sky on her father’s land at Mendham in Norfolk. The combination of a bright day and a dark sky resulted in this dramatic scene. If you look at left foreground, you’ll notice Tracey’s daughter’s dog crept into the photo!

“The Grainstore” was submitted by Claire Rhind. “We were moving some of the grain and the early morning sun was catching the dust,” says Claire, who lives at Newton of Struthers, Kinloss, Moray. “I love the atmosphere in the photo and the diagonal bands of shading.”

Anne Lawson is a registered childminder, but takes lots of photos around the farm at Hallington in Northumberland in her spare time and son, Steven, proved a winning subject. “He was repairing the plough and I thought it would make a great shot with the sparks coming off it,” she explains.

Ollie Hill submitted this picture of his “exceptionally springy” Australian working kelpie tarn. “Pretty much any obstacle is a chance for him to fly and the stretch of netting between him and a few of our ewes is not an exception,” says Ollie, from Barkby, Leicestershire. “Although he’s not the best sheepdog, what he lacks in skill he makes up for with enthusiasm.”

A New Holland T7.200 lifting potatoes with a Grimme GT 170 S two-row harvester in Shropshire. Yale Brewer – a student at Harper Adams University – had driven past earlier in the day, then headed back later with his camera, once the evening sun had come out. It was worth the return visit…

Bethan Jones, who’s 14 and whose dad has a sheep farm, took this near Carno in mid-Wales. The combination of blue sky, sun shining through the mist and snow makes it a winning picture.

Jane Murrell from Long Marston in Hertfordshire was taking tea and cakes to the guys on harvest, with her camera to hand as she was hoping to get a picture of red kites. Unexpectedly, however, she saw this hare. “I couldn’t believe it didn’t move away,” she says. “I slowly opened the car door and held the camera as near as I could before he was off!”