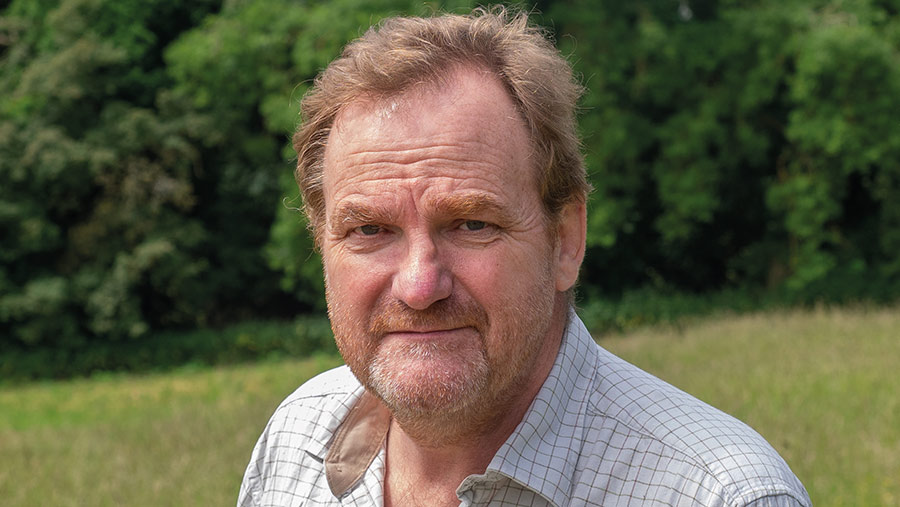 Some Sundays, it’s better to stay in bed. Take the one just before the second May bank holiday.

There was still a huge heap of fungicide in the spray store, and it had been more than four soggy weeks since the last dose, so the quicker it went on the better.

I was in the remote Pipeline Field astonishingly early (by my standards, anyway), pleased to see how good the wheat that survived the wet winter was – but it was all downhill from there.

First, a boom non-return valve, which had been consistently back-leaking 9.8% of the mix, decided it would work properly.

My “compensatory” flow rate on the computer became the “real” flow rate – and I ended the field somewhat short of mix for the next one (luckily, chemical rates were still legal), and certainly with not enough for Broom Field.

After much punching of calculator buttons, I moved into Long Field, where a figure with a dog was doing a high-speed guilty walk, far from any footpath.

We wasted 40 minutes in heated debate; his key points were “my forefathers fought for the freedom to walk anywhere” (not sure Poland would agree), “it’s only a shortcut”, “you’re never up here” and “85% of England is denied to the people!”

It was like arguing with Vicki Pollard, Chris Packham and Citizen Smith all at once.

There was no resolution, of course, but I was even crosser when, once back in the tractor, I found a half-hour-old text from Hazel.

Neighbour Robert was round for a Sunday cuppa. I rang and said I’d be there in 20 minutes – but the Hobnobs had gone by the time I did finally make it, and the rest of the morning vanished in gossip.

My after-lunch schedule was simple. I’d head off to the most easterly end of the farm and do Hurst Down – guaranteed free from walkers and arguments, and the perfect size for the now fully functioning sprayer.

I hadn’t reckoned on the high-voltage cable which decided to pop off its pole and dangle in a low loop in the wheat, leaving a scary scorched line (repaired, below). I beat a hasty retreat with half a tank. 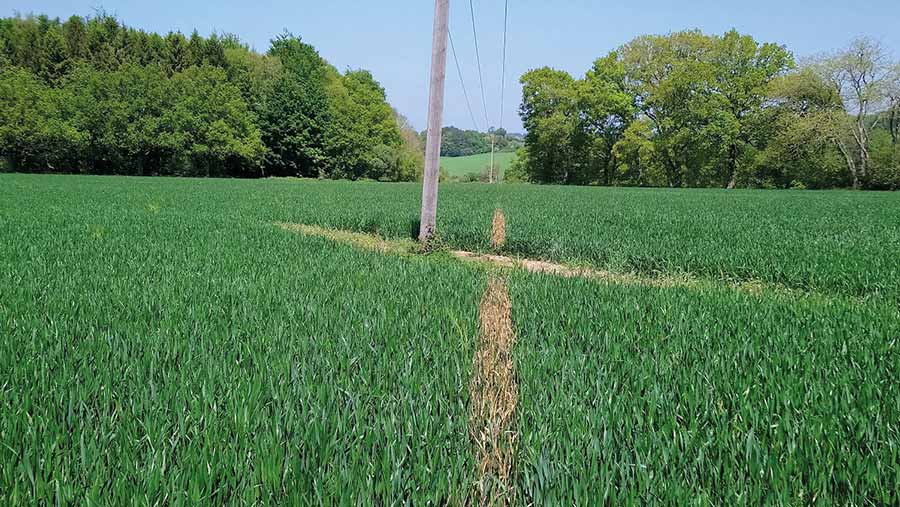 After an emergency call to SSE Networks with grid references and What3Words, I worked out that the remainder in the tank would do the Hangar, and then Broom.

Which it would have done, if the non-return valve hadn’t started playing up again. I started to get a bit fed up.

When the SSE man arrived in the yard that evening, I was sure the cable had been sorted and I could sneak in a late Sunday tank.

Fat chance; all my hi-tech directions had got lost, as had he. I called it a day. We sent him on his way, locked the tractor, summoned some neighbours, lit the brazier, and got stuck into some beer and peanuts.

Come to think of it, that’s how Sundays should really be spent.