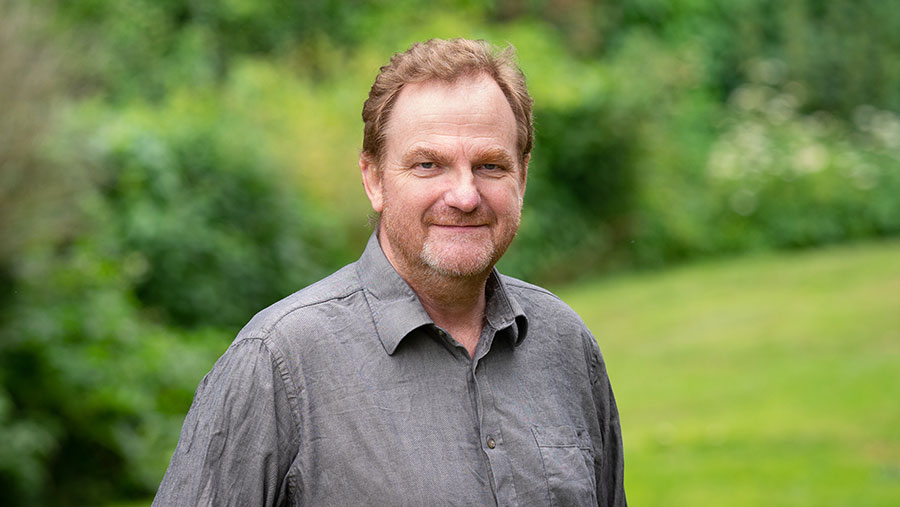 Tomorrow, the first Saturday in September, is the most important day in the farming calendar: it’s time for the Alresford Agricultural Show.

On a gently sloping piece of picture-perfect parkland, 20,000 people from all walks of life will come along to enjoy a day out in the Hampshire countryside, mingling with farmers to enjoy a celebration of rural life. It’s like Countryfile Live, but with real farming.

But, for the first time in years, there might be controversy; tucked away in a corner is the cereals competition. A couple of dozen bowls of the very basic farm products from Hampshire’s arable farmers, neatly laid out for the judge’s keen eye.

But Messrs C H and H E Flindt will not be entering the pulse competition this year.

This will come as a shock to many, as the Flindts have been cleaning up in the peas ’n’ beans category for some years. But this year, we’re not growing peas, and only growing spring beans.

And on a damp and humid day in mid-August, too sticky for not-quite-ripe spring barley but perfect for keeping bean pods from shattering, I got stuck into my Fuego.

There wasn’t much there – sometimes it was hard to see where I’d actually combined. But the tank slowly filled with what looked like a bright and even sample. I could see another ‘Alresford Show – First Prize’ certificate heading for the office wall.

But when it came to unloading, I donned my glasses for a closer inspection as the beans slid away from the cab’s rear window. Every single one had a neat little hole in it. Not the usual one or two that make you wonder if they’ll go for human consumption; it was the lot.

Mr and Mrs Bruchid Beetle and 20 billion of their closest chums had obviously moved into Roe Hill field and made merry since the last application of insecticide.

It was as even and regular as the sloes my father would spend three hours individually hand pricking in the autumn – and then, utterly predictably, put his back out as he stood up too sharply.

Tod the agronomist and band leader of the Thomas Lord Old Gits was in the band’s rehearsal room in one of our sheds, checking out a new amp he’d bought for the band to use at our gig at the Alresford Show.

I rang him and asked for his thoughts. We could have done no more agronomically, he said. It has just been one of those years.

I was happy to take his word for it; I know the square root of diddly squat about agronomy, and earlier that day I’d heard of one farmer discing in his crop, rather than waste money combining it.

Filling one-and-a-half 10-tonne trailers off 22 acres meant we were one step ahead of that, at least, even if the inspection for human consumption grade will be one of the shortest on record.

So a new name will be on the virtual cups in the pulses category of those much-coveted Alresford Show prizes. And after the Flindts’ recent successes, it will be good to have a change.

Of course this will be of no consolation to me, the keyboard player of the Thomas Lord Old Gits, hunched over my Roland piano on stand B52 (how very apt), as we bang out three hours of hits from the 1960s right up to the present day – assuming Tod’s new amp works, of course.

Rumour has it we’re working on a new song: I’ve Got Them Holey Bean Blues. Perhaps we should change our name – to the Bruchid Beatles.