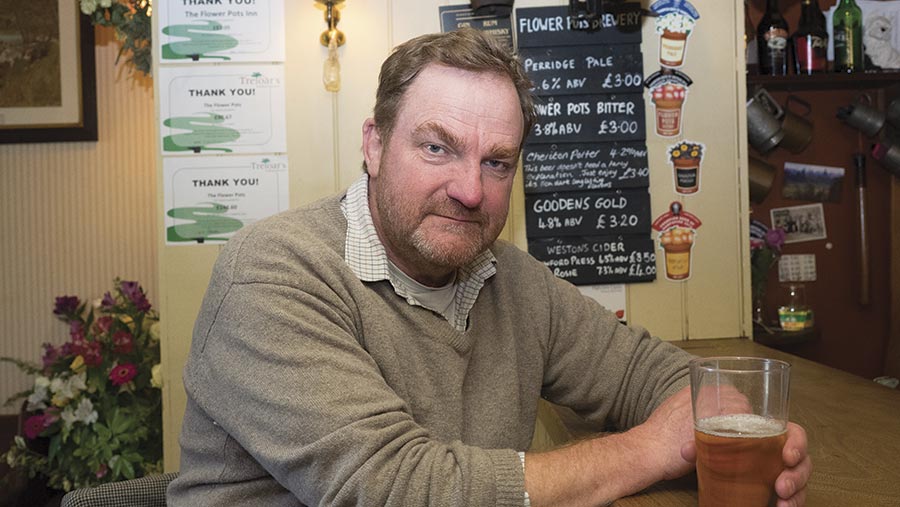 There was something not quite right about the local NFU AGM the other night, but I was damned if I could work out what it was.

Was it the fact that it was being held in Another Pub? No – the beer was good, the pie’n’chips’n’peas were even better, and the fact that the NFU was picking up the tab made it better still.

It’s amazing that the NFU is so astonishingly generous just weeks before they relieve my bank account of a four-figure sum, but we do get goody bags and key fobs, and you can’t argue with that.

The guest speaker was funny and lively, managing to keep a warm room full of well-fed and well quaffed farmers awake. He told us about his farm and his career, and as he told his story, it dawned on me that he and I had lots in common.

We both came home from Uni to a moderately sized tenanted farm, we’re both working closely with neighbours to keep on top of things, both running easy-care sheep, and both of us much-persecuted gingers.

We’d both given up rugby due to injury (although his position involved passing the ball occasionally). And, interestingly, we’d both bought seed drills recently.

There were one or two differences, though.

For a start, he had the perfect face for television (hence his blossoming career featuring in a fly-on-the-wall farming documentary), and I have the perfect face for radio (and even then I think I’d have been dropped from being Eurovision Correspondent for our local radio station).

And here’s the big one: he got a grant towards the cost of his drill, and I didn’t.

I didn’t spot the significance of this at the time – I was a bit woozy after some fine pints, and the log burning stove was very hot, and the evening’s atmosphere was one of gentlemanly bonhomie, so sticking my hand up in the air and going “Oi!” would have been right out of order.

The next day, I did some research. And, indeed, if you buy a certain type of drill – a “strip tilling” drill – you can qualify for a grant towards the cost. I’d never heard of this before, and got stuck into some brochures.

The strip till drill sows in bands. Mine does too, even if they are slightly narrower. And I’ve done the vast majority of my sowing direct into stubbles, just as the strip tillers do.

In fact, all in all, I found it very hard to see any significant technical differences between the two sowing concepts, apart from weight and price, and I did wonder if the latter had anything to do with grants being available.

Let’s be clear (before another tiresome Twitterstorm breaks out): I’m not saying that one machine is better than another – it just seems odd that grants go to one just because it uses the word “sustainable” more in its brochures.

There was one more comment that our lovely guest made about his new machine; he’d had to go and buy a heavier and more powerful tractor to pull it. Call me old-fashioned, but doesn’t that defeat the eco-purpose?

It was very lucky that none of this occurred to me during his excellent talk, and so my hand stayed down. I might have had my NFU goody bag confiscated.