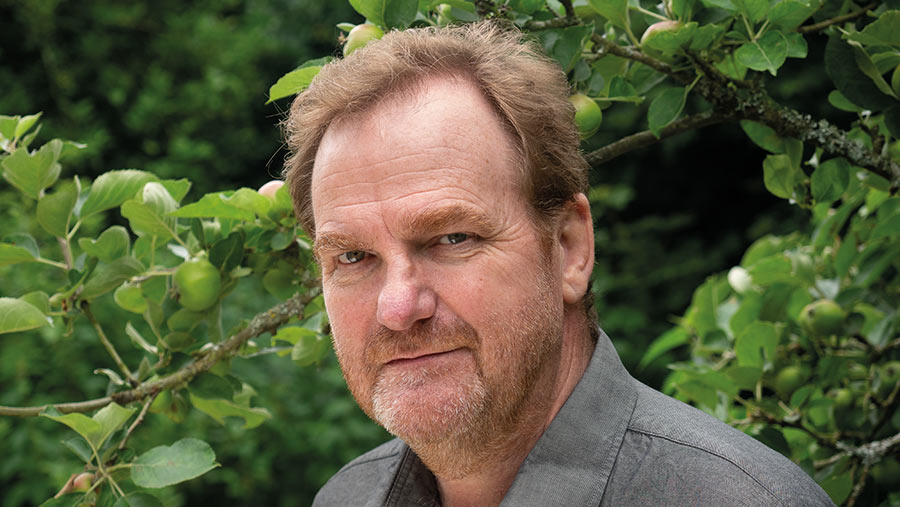 Blimey, that was another challenging drilling season. It started with winter wheat on 25 September (no oilseed rape this year) and finished with the last of the spring beans trickling out of the CO3 on 16 April.

In theory, I should have immediately done a high-speed switchover to the sprayer and started multiple 16-hour days to catch up with the huge pile of spraying recommendations and clear the fertiliser tank.

But no – far better to find the pressure washer and have a day in the warm sun contemplating what lessons can be learned (as politicians say) from the past seven months.

The good news, I decided, is that we’re fully drilled up – or, more accurately, I’ve run the drill over every acre. The not-so-good news is that not all of it has grown.

That late-September drilling in the Stanmore block, for instance; deep cultivated, heavy fallow land, drilled, rolled, sprayed “on time”. How smug we were, enjoying a Michaelmas beer, that that troublesome block of clay was done and dusty.

Three inches of rain within the next week made a bit of a mess of it, and it went backwards from there over the wet winter. A third of it has gone. But I’m not sure what we could have done differently. “Get in and out of Stanmore by Michaelmas!” was Dad’s rule. It still applies.

The winter barley went in in October, and on the chalky fields looks a treat, but one-third of one heavy field has gone, and the other heavy one has just been redrilled with spring barley.

The winter beans are just coming through nicely – mind you, they were sown in late February, so not sure if they still qualify as “winter”.

The same applies to the March-drilled Zulu, although that has got up and away famously. We were worried about it getting vernalised, of course, but after the 20th frost, we could relax a bit.

There’s the small matter of the 30-month-old half-ton bag which, it turns out, had lost a great deal of germination and vigour. I wouldn’t mind so much if it wasn’t presenting a great white band on the chalky brow of White Hill. 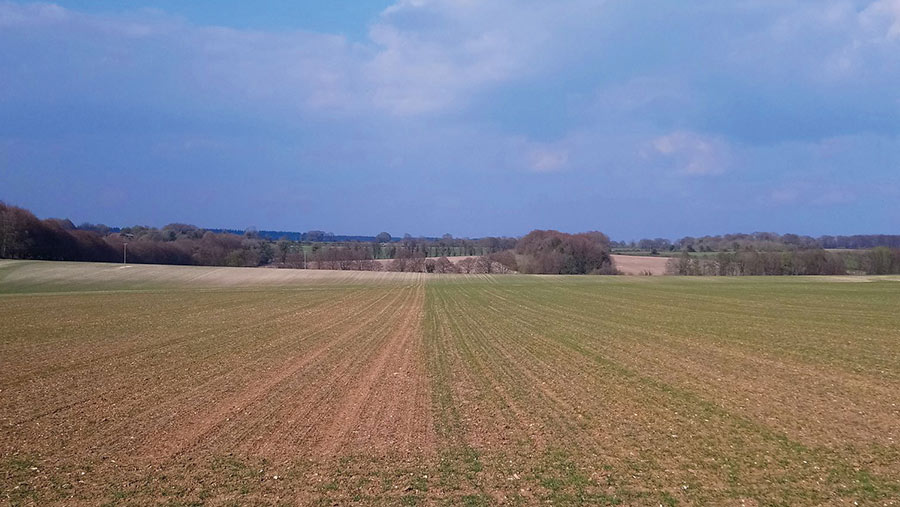 Perhaps the spring barley was the only crop which went closest to “as planned” – although some miscounting in the barn meant that we ended up with enough bags to redrill the failed winter barley field.

I’d love to say that good management was responsible, but it was a complete fluke.

We finished with a nice block of spring beans, full of bruchid holes and totally free of germination tests and TWG rates.

Old school rules applied: here’s 100 acres, there’s 13t of seed. Put one into the other. I was very pleased when the low-level alarm went off within 100 yards of my extra “clear-out” headland turn.

Slightly less pleased when I realised the hard ground had punctured three of the Horsch tyres – all on one side, and I’d probably been drilling deeper on one side for some time.

All in all, a better drilling campaign than last year’s shocker, but not as good as the surreally easy one before that.

I packed away the pressure washer and the extension cable, wiped the dirt from my eyes, made a mental shopping list for new parts (which will get forgotten until mid-September) and promised myself I will learn from the mistakes that have been made.

I assured myself earnestly that, look, I will do everything in my power to avoid making them again. I knew I should have been an MP.